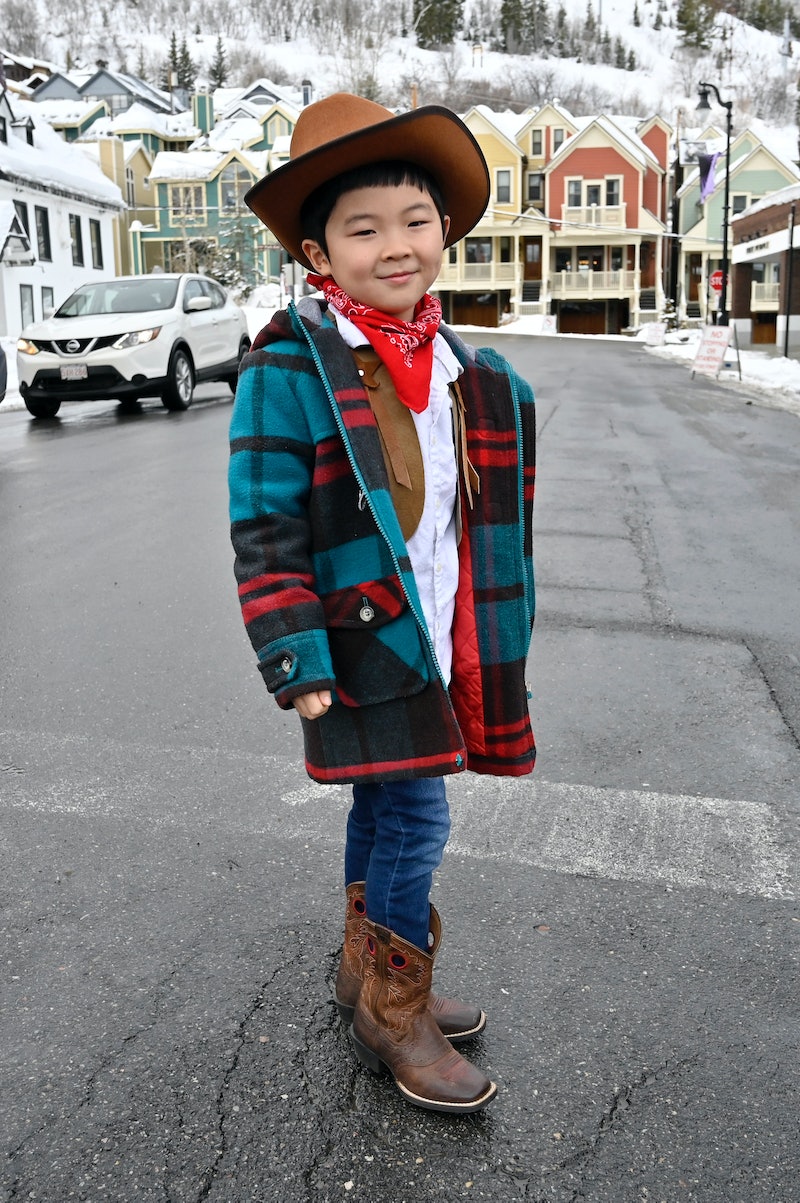 After huge controversy about Minari's ineligibility for Best Picture at the Golden Globes, the highly acclaimed film about a Korean-America family ultimately prevailed by taking home the award for Best Foreign Language Film. However, 8-year-old Minari star Alan Kim wasn't the most enthused about the Golden Globe — but not for the reasons you may think.

Kim appeared on Jimmy Kimmel Live fresh off the Globes win, sporting a new purple belt he earned in taekwondo class. "I took a test last Wednesday and, like, I upgraded," he said, adding that Minari's Globe win was "exciting." However, when Kimmel asked him whether it was better than getting his purple belt, Kim answered with a resounding "No." He also proved it was enough to beat Kimmel after punching him in the stomach at the end of the interview, adorably asking, "Did that hurt?" Just wait until he gets his black belt.

In Minari, the child actor stars as David Yi, the young son in a family of Korean immigrants who move to Arkansas in the 1980s with the hopes of starting a farm. The film has received heaps of praise from viewers and critics alike, garnering major Oscar buzz, especially for performances from leads Steven Yeun and Youn Yuh-Jung. Both stars were nominated at the SAG Awards, with Youn being the first Korean actor to earn a SAG nod, while the entire cast bagged a Best Ensemble nod ahead of their major Globes win.

Minari marks Kim's film debut, and he told Kimmel some memorable stories from the set, like the scene where he had to pee in a bowl to give to his grandma instead of the Mountain Dew she had requested. He quickly confirmed that he has never done this in real life. "Absolutely no, that's too dangerous," he said. He even felt "a teensy bit guilty" about doing it for the film, despite the fact that they actually used the real soda on set. "So I guess shout-out to [director Lee Isaac Chung] for introducing me to Mountain Dew," he said.

It seems that the other actors had as much fun with Kim as he did on set. During a March 2 interview on Late Night with Seth Meyers, Yeun praised his young co-star, along with his onscreen sister, Noel Kate Cho, saying that they kept the cast and crew grounded and alert. “They’re just so pure, and they keep you honest,” he said. “When we were filming, they were so honest that, you know, you can’t mess up or else they’ll call you out. They were kind of policing us all throughout the shoot.” No wonder Kim is already great at taekwondo.