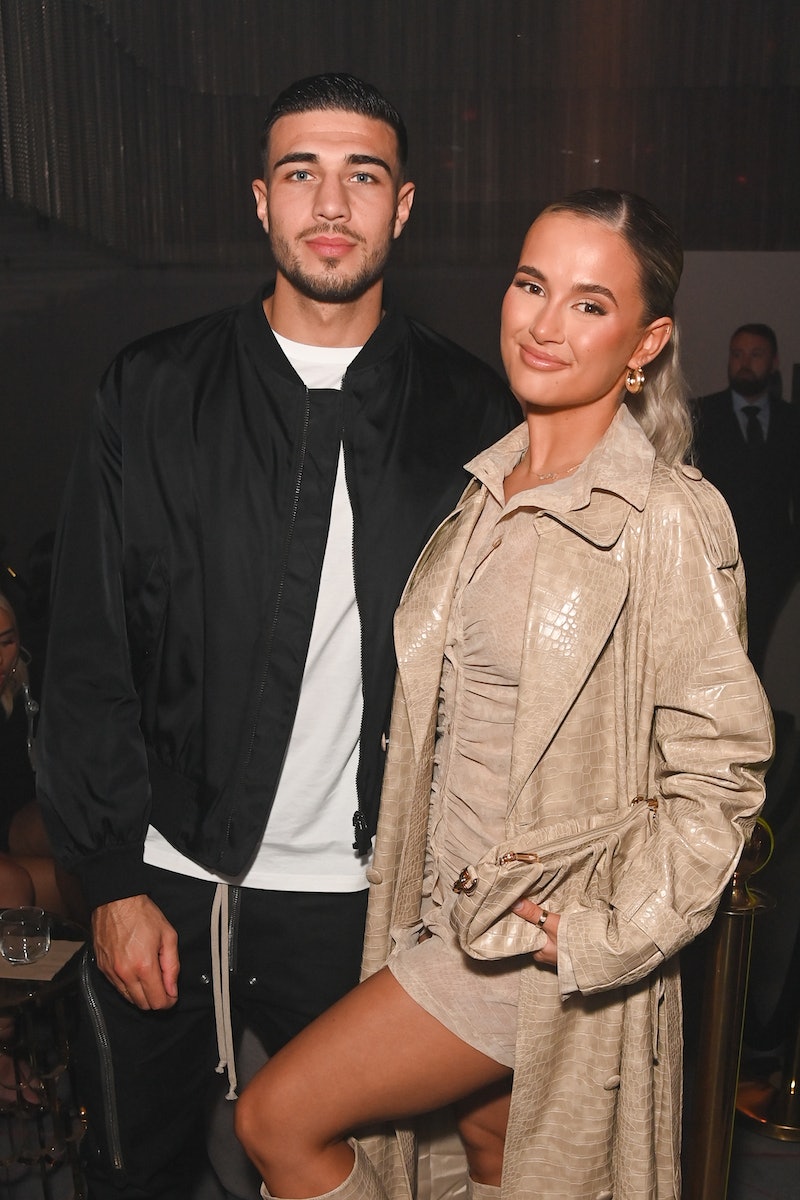 Spending eight weeks together on a reality show at the beginning of a relationship can be a tad unconventional, but it's certainly stuck for Molly-Mae Hague and Tommy Fury. The pair have been pretty inseparable since leaving Love Island back in 2019, and fans have watched the couple’s love life blossom from their first dates in the famous Majorcan villa, right up to the surprise announcement of their pregnancy. Explore Hague and Fury’s full relationship highlights, below.

As mentioned, Hague and Fury first met on the fifth season of ITV2’s Love Island. The pair were coupled up together on day five of the 2019 series and, despite a little drama early on, they quickly fell head-over-heels for one another. With one of the most solid courtships in that year’s villa, Hague and Fury sailed through to the all-important finale, finishing in a respectable second place.

September 2019: The pair move in together

Shortly after their Love Island stint, Fury revealed to The Sun that he and Hague were going to live together. “We're both really happy. We've bought an apartment in Manchester and we're going to move in together,” he told the outlet at the time.

Speaking to Cosmopolitan soon after their first major relationship milestone, Fury revealed that their experience of living together for the first time was “really good.” He added: “The biggest thing about moving in together is trust, and in a relationship, you have to be honest with each other.”

In the following months, Hague and Fury kept fans updated on their relationship with sweet social media posts of them celebrating Valentine’s Day, anniversaries, and everything in between.

In March 2022, the pair announced that they had found their “dream home” after a three-year search. Hague shared the update through a series of Instagram posts and a YouTube video, during which she gave fans a first glimpse of “Molly Maison.”

2022: The happy couple announce their pregnancy

In September 2022, the duo announced that they are expecting their first child together in an adorable Instagram post. The heartwarming video began with a clip of Hague telling Fury in the Love Island villa, “I can’t wait for the adventures that we haven’t even dreamed of yet,” before her present-day baby bump is revealed.

Many were quick to offer their congratulations, including fellow Love Island stars Maura Higgins and Zara McDermott, the latter of whom wrote, “I’m sobbing my eyes out. Congratulations to both of you. What beautiful news.”

On Oct. 16, 2022, the reality stars shared an adorable gender reveal video on Instagram. During the clip, Molly is shown posing next to a large balloon with the phrase “boy or girl?” printed over it. Tommy proceeds to prick the balloon, revealing a shower of pink confetti to their delight.

Fans and celebrity pals promptly offered their congratulations, with fellow Love Island star Maura Higgins writing, “I just love this so much.”

More like this
We’ve Got A Text! Another 'Love Island' Series Is On The Way
By Darshita Goyal
Twitter Can’t Get Enough Of The Romance In 'Ekin-Su & Davide: Homecomings'
By Sophie McEvoy
5 Biggest Takeaways From Channel 4's 'Untold: Life After Love Island'
By Sophie McEvoy
Meet Jungle Runner-Up Owen Warner's Equally Handsome Brothers
By Sam Ramsden
Get The Very Best Of Bustle/UK

This article was originally published on Sep. 5, 2019