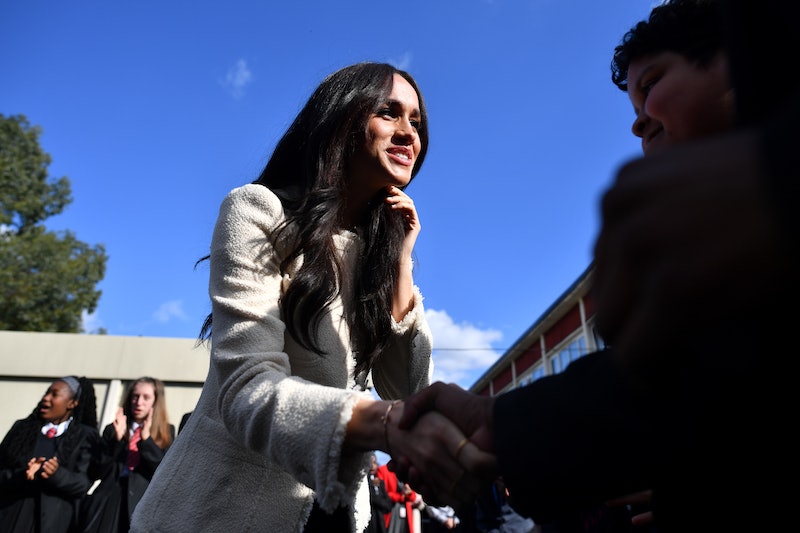 Following intense debates about Meghan Markle’s treatment by the British media recently, an MP has reignited calls to prevent media outlets from “hounding women” in the spotlight.

For MP Holly Lynch, the Meghan media storm began way before the Duchess of Sussex and Prince Harry’s landmark interview with Oprah Winfrey earlier this week. Back in 2019, the politician coordinated a letter urging the government to take further action against press bullying, however, she believes there’s more to be done.

The 2019 letter was signed by 72 female MPs including Diane Abbott and Jess Philips.

It accused the media of “outdated” and “colonial” coverage of Meghan and expressed solidarity with the duchess in “taking a stand” against “distasteful and misleading” stories.

This gesture was appreciated Meghan, who called MPs to thank them for their support, and also by Harry, who referenced it during his interview with Winfrey. The royal said had felt more solidarity from those MPs than from members of his own family.

“I guess one of the most telling parts, and the saddest parts, was over 70 … female members of parliament, both Conservative and Labour, came out and called out the colonial undertones of articles and headlines written about Meghan,” he said. “Yet no one from my family ever said anything over those three years. And that hurts.”

Speaking to the Guardian today (March 10, 2021) about the issue, Lynch said she shared Harry’s fears of “history repeating itself” and compared Meghan’s treatment with the late Princess Diana.

“Those were some of my concerns when we took the decision to put that letter together,” the MP explained. “A lot of media outlets have not heeded those calls for a change, which is why we might start needing to think about a case to government about how we stop hounding women in public life and put them in a position where they feel suicidal.”

Lynch is referring to one of the more distressing revelations from the Winfrey interview, where Meghan detailed the depths of her mental health struggle — a struggle so serious, she said, that she "didn't want to be alive anymore."

It was not the first time Meghan had touched on her mental health in a major interview. The duchess had talked about the pressures of press scrutiny in an emotional conversation with ITV news during 2019, which prompted Lynch to organise the letter.

The Labour MP stressed today that legislators have a “responsibility to intervene” when it comes to harmful press tactics and explained they are planning to come together “to explore what the next steps might be” in order “to take further action.”

“The letter clearly did not make the significant difference to the conduct of some members of the British press that we had hoped that it would,” she stated to the Guardian. “So it is a timely reminder to us to use our voices as women legislators to say – what next?”