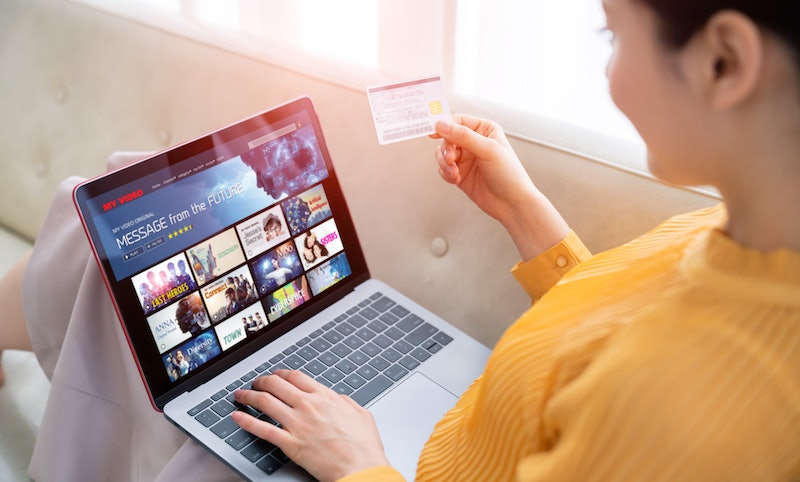 In a rude awakening for some streaming fans, Netflix has started cracking down on password-sharing. The streamer recently targeted some accounts with multiple users, sending them a not-so gentle reminder that only people who live in the same household are allowed to share an account; the message threatened service cut-offs to those who illegally share passwords, Deadline reported. On Twitter, the news appeared to be a surprise for many users—and not a welcome one, based on the number of tweets from people complaining about Netflix’s clampdown.

While the streamer’s terms of use do state that the service and its content “may not be shared with individuals beyond your household,” password-sharing is still common. About one-third of Netflix users do it, according to the research company Magid. Netflix’s apparent goal is to get some of those viewers to create — and, of course, pay for — their own accounts, and it’s trying to entice them with a free 30-day trial in certain territories. Whether or not that will work, though, remains to be seen. The early response on Twitter showed a lot of fury.

Many users acknowledged that password-sharing is widespread, and some weren’t afraid to admit that they themselves have done or are currently doing it.

Some users were absolutely outraged by the idea of the company being able to tell them who can and cannot use their account.

Others noted they don’t appreciate that account use is limited by household when it could include family and/or close friends.

Some users argued that they pay more for a plan that allows them to view on multiple screens at once, and they don’t see why Netflix would make that possible, along with allowing users to create multiple profiles, if the streamer is trying to discourage account sharing.

A number of users were especially upset by the crackdown considering that Netflix’s prices have climbed over the years.

The extra monitoring from Netflix led still others to say that they don’t need the service. The streamer does have a lot of competitors these days, and some users claimed they’d be happy to get their TV and movie fix elsewhere.

It’s still not clear just how strict Netflix will get when it comes to password-sharing. In the past, the company’s chief product officer, Greg Peters, indicated that they were approaching the issue somewhat cautiously. He said the company had “no big plans” to announce a change in tactics in October 2019, per The Streamable, noting that they were looking into “consumer friendly ways to push on the edges.” And based on the Twitter response, the company might see users push back.

More like this
What’s New On Netflix: Ana De Armas’ 'Blonde' & A Nick Kroll Special
By Arya Roshanian
Here’s Everything Coming To & Leaving Netflix In October
By Jake Viswanath
What’s New On Netflix: Meet 'The Real Bling Ring'
By Arya Roshanian
Devi Is Going To Meet A “Smoldering Bad Boy” In ‘Never Have I Ever’ Season 4
By Jack Irvin and Gabrielle Bondi
Get Even More From Bustle — Sign Up For The Newsletter