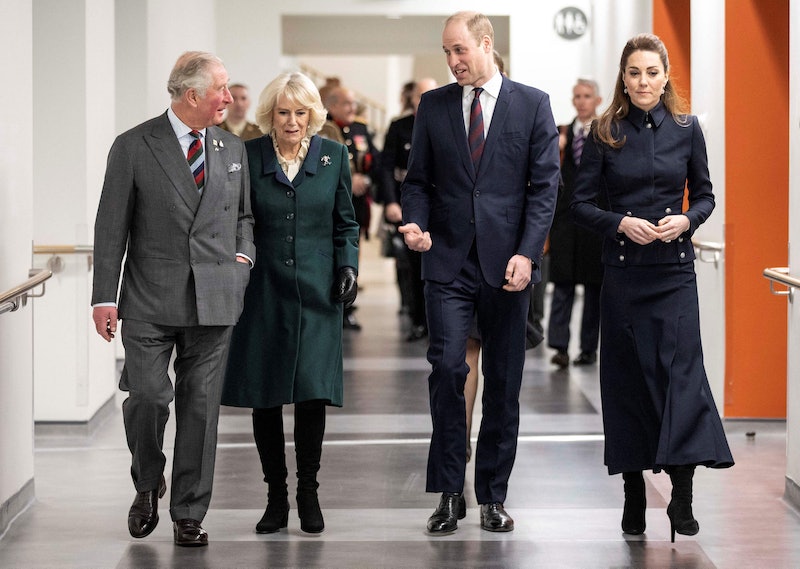 Seemingly all eyes were on the British royal family during the official mourning period for the late Queen Elizabeth II — and all cameras, too. Still, not all photographs were made public right away. The royal family waited until Oct. 1 to release a new portrait of King Charles III with his wife, Camilla, queen consort, alongside his oldest son, William, Prince of Wales, and daughter-in-law, Kate, Princess of Wales.

The foursome of senior royals posed for the photo on Sept. 18. They were together at Buckingham Palace when it was taken by royal photographer Chris Jackson. Offering some insight into the moment, Jackson wrote in an Instagram caption, “Very special to have taken this official photograph of The King and Queen Consort and Prince and Princess of Wales together at Buckingham Palace overlooked by King George III.”

Sept. 18 was the day before the queen’s state funeral and the same evening Charles and Camilla welcomed world leaders to Buckingham Palace. The king released a statement that night sharing how much he appreciated the support they’d gotten since his mother’s death on Sept. 8. He wrote that they were “so deeply touched” and highlighted that the condolences they’d gotten had come from both home and abroad.

“As we all prepare to say our last farewell, I wanted simply to take this opportunity to say thank you to all those countless people who have been such a support and comfort to my Family and myself in this time of grief,” Charles wrote, in part.

The official mourning period was full of busy days for the royal family. As the new monarch, Charles addressed the nation for the first time as its king on Sept. 9. All of the senior royals also spent time greeting well-wishers who had gathered to pay tribute to the queen. Plus, there was the funeral itself, which was a massive affair that gave people from around the world a chance to pay their respects. Both Charles and William walked in the procession from Westminster Hall to Westminster Abbey, joined by Charles’ youngest, Prince Harry, and the new king’s siblings, Princess Anne, Andrew, Duke of York, and Edward, Earl of Sussex.

Now that the public mourning period is over, the royal family appears to have been able to slow down somewhat and do more of their grieving privately. As Charles said in his Sept. 9 address, he was feeling “profound sorrow” after the loss of his mother. Of course, there are still royal duties, and he was clear that he intends to fill them. “As the queen herself did with such unswerving devotion, I too now solemnly pledge myself, throughout the remaining time God grants me, to uphold the Constitutional principles at the heart of our nation,” he said, in part.