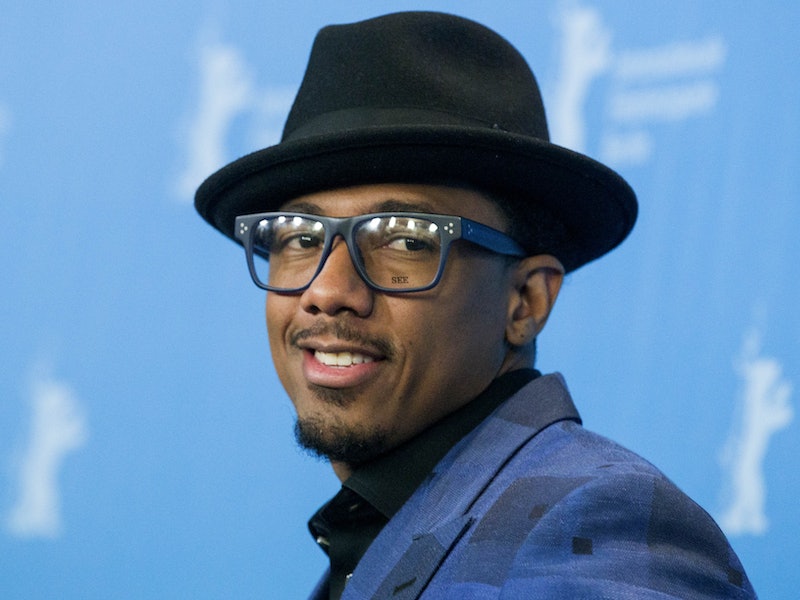 2022 is turning out a lot like 2021 for Nick Cannon. His baby count has continued to steadily tick up, with newborns arriving in June, September (times two), and November. The Masked Singer host officially crossed into double digits of fatherhood and still has at least one child currently on the way.

Cannon’s newest offspring, Beautiful Zeppelin Cannon, was born to Abby De La Rosa on Nov. 11. “BZC” is Baby No. 11 for the entertainer, so the 11/11 birth date is pretty perfect. Cannon celebrated with an Instagram tribute to both Beautiful and De La Rosa, writing in part, “BEAUTIFUL ZEPPELIN aka BZC aka BIZZY B! Get ready because the world is yours! Daddy loves you!!” He also thanked De La Rosa for her “care, words of affirmation, kindness and inspiration.”

The Cannon brood is already set to expand again soon. In October, Alyssa Scott — another one of Cannon’s partners — shared her latest pregnancy, and then later confirmed that the Wild ’N Out vet is the father in a follow-up post on Nov. 3.

If you haven’t caught on by now, Cannon has mastered juggling multiple relationships and reproducing. But understanding his complicated family tree requires an even firmer grasp of his equally complicated love life. Let’s break it down.

Who Is Nick Cannon Dating?

If you’re scratching your head, wondering at how all of the pieces of Cannon’s family puzzle fit together, we’re here to help you sort it out. Cannon is linked to both De La Rosa and Scott, plus Brittany Bell, LaNisha Cole, and Bre Tiesi, all of whom have or will give birth to one of his kids in 2022. He and De La Rosa have three little ones together, as do he and Bell; he and Scott are expecting their second child after the tragic loss of their first son, Zen, to cancer in December 2021.

In 2019, Cannon appeared on the ExpediTIously podcast, where he revealed that monogamous relationships aren’t quite his thing. “I think I’ll never be able to be with just one woman again,” he said. “I did it in marriage, I was very faithful in my marriage,” referring to his marriage to music icon Mariah Carey, who he wed in 2008 before filing for divorce in 2014.

Last year, he doubled down on his radio show during a conversation with Basketball Wives star Evelyn Lozada. “Men don’t subscribe to monogamy because they feel like it’s not natural in their makeup, in their DNA,” he said when the reality star spoke about wanting to be in a relationship with one man. “It’s that hunting mentality, but it’s also like, ‘Yo if we suppose to be fruitful and multiply if we here to do this…’ There’s not many creatures on earth that are monogamous.”

Who Are Nick Cannon’s Exes?

It seems that Bell’s 2020 pregnancy may have come in the way of Cannon’s relationship with his previous girlfriend, model Jessica White. The 36-year-old said on Fox Soul’s Hollywood Unlocked with Jason Lee that she found out Bell was expecting “on Instagram along with the rest of the world” shortly after she suffered a miscarriage, per Us Weekly. “She was aware that I just had a miscarriage two weeks prior to her news coming out because he told me that he told her,” White said. “I was living at his house, and she knew that as well.”

Cannon has been linked to several other women as well, including even TLC’s Rozonda “Chilli” Thomas and supermodel Heidi Klum, among others. But his most famous relationship was with Mariah Carey. “I gave it my all,” the host said on T.I.’s podcast in 2019. “Because even before that, I was like, ‘I don’t believe in marriage.’ But, sh*t, it was Mariah Carey. Whatever she say, I’m with it. If she wanted to say we was going to the moon, I’m like, ‘Let’s go.’ If Imma marry somebody, Imma marry her.”

How Many Kids Does Nick Cannon Have?

Cannon is believed to have 11 children (including the late Zen), with one more due soon. Cannon had his first two children — twins Monroe and Moroccan — in 2011 with Carey. In 2017, he and Bell welcomed their first son together, Golden; their daughter, Powerful Queen, arrived in late 2020, and their third child, Rise, in September 2022. Twins Zion and Zillion, whom he shares with De La Rosa, were the next to join Cannon’s ever-growing family. Scott’s late baby Zen was his eighth child, and his baby boy Legendary with Tiesi is his ninth child. His first child with Cole, Onyx, marked his 10th child overall. De La Rosa’s baby born in November is 11th, while Scott’s pregnancy will give Cannon his 12th child.

A Timeline Of Cannon’s Baby Boom

It wasn’t until late 2020 that Cannon’s babymaking really took off. Prior to that, he and Carey welcomed twins Monroe and Moroccan Cannon in April 2011, and then he and Bell had their son Golden nine years later, in March 2017. Three-and-a-half years after that, he went on to have eight kids (so far) in a roughly two-year period.

Pageant queen Brittany Bell announced that she gave birth to their daughter, Powerful Queen Cannon, in December 2020. “The best gift ever,” she wrote on Instagram on Christmas Day. “We have been surprised with... A GIRL!!!!!” She went on to call Cannon her “rock” through an “intense yet empowering” water birth. This was the former couple’s second child together after Golden in 2017.

June 2021 was a busy month for Cannon. First, he welcomed twin boys — Zion Mixolydian and Zillion Heir Cannon — with Abby De La Rosa on June 14. “Welcome to the world,” she captioned an Instagram post introducing the Mask Singer host’s fifth and sixth kids.

On Father’s Day, less than one week later, Alyssa Scott announced that she was expecting a child with Cannon. “Celebrating you today,” the model wrote alongside a photo of Cannon holding her pregnant belly. Scott didn’t tag him in the photo, nor did he confirm the development on his own Instagram. She gave birth to Zen on June 23 and announced the birth in a post on July 4. “I will love you for eternity,” she wrote next to a black heart emoji and the baby’s birth date. Cannon confirmed he was the father on July 19 by sharing photos of Zen on his Instagram story.

Sadly, Zen died just five months later. The Masked Singer host revealed that Zen was diagnosed with Hydrocephalus on the Dec. 7, 2021 episode of his show. It happened during what was supposed to be a routine visit to check on sinuses and allergies. The baby had surgery and a shunt to drain fluids in his brain, but his condition worsened over Thanksgiving. “Ultimately, it was cancer in the brain and the tumor began to grow a lot faster, and so we knew that time was,” he explained while getting choked up. He also said that he got to spend quality time with Zen before his death.

Despite a period of celibacy for part of 2021 and 2022, Cannon was soon back to reproducing. He revealed that he and model Bre Tiesi were having a baby on the Jan. 30 episode of The Nick Cannon Show, and Tiesi posted photos from her “unmedicated home birth” to her personal Instagram on July 25, calling Cannon an “amazing and supportive partner” who “showed the f up for us.” On July 26, she shared that their son’s full name. Soon thereafter, Cannon confirmed that he was due to have yet another child with Abby De La Rosa and another with Brittany Bell.

In the interim, Onyx Ice Cole Cannon was born to former Price Is Right model LaNisha Cole on Sept. 14. Cannon announced her birth on Instagram, sharing a photo of him cuddling with mom and daughter in the delivery room. “Once again, today I am in awe of the Devine Feminine!” he wrote. “God has given me and @MissLanishaCole the privilege of hosting an Angel here on earth. I vow to protect, provide, guide and love this child to the best of my abilities.”

Weeks later, on Sept. 30, the Masked Singer host and Bell announced the birth of their son, Rise Messiah Cannon. “Another Blessing!!! As my journey on this planet becomes more and more remarkable and unfathomable, all I can do is thank God and continue to ask the Most High to order my steps,” Cannon wrote on Instagram. “He has given me stewardship and dominion over a family dynamic that to some is unimaginable.”

November brought Beautiful Zeppelin Cannon, his third child with De La Rosa. “You are the definition of steadfast and virtuous and it is my continued duty to make you and our children feel valued and protected every single day!” he wrote to his partner as he announced the birth on Instagram. To Zeppelin, he added, “Get ready because the world is yours! Daddy loves you!!” The little one is the youngest for now, but Baby No. 12 is already on the way, with Scott announcing another pregnancy with Cannon just weeks before the birth.

More like this
Billie Eilish Has An Exciting Relationship Update About Her Boyfriend
By Grace Wehniainen
Who Is Pete Davidson Dating? He "Courted" Emily Ratajkowski At A Knicks Game
By Jake Viswanath
Richard Madden's Dating History Reportedly Includes This Model & A 'Doctor Who' Star
By Radhika Menon
Michelle Obama Opened Up About The "Discord And Discomfort" Of Marriage
By Stephanie Topacio Long
Get Even More From Bustle — Sign Up For The Newsletter

This article was originally published on June 30, 2021