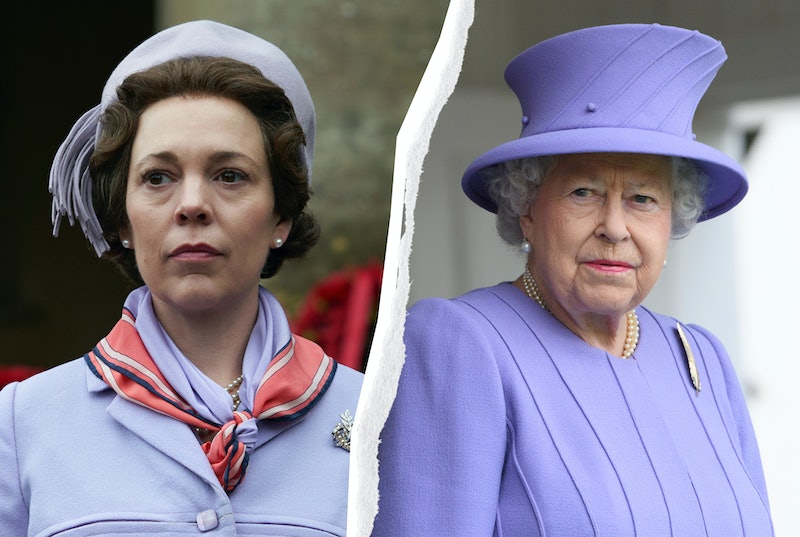 Fans of The Crown will no doubt have already devoured the latest series of the show, especially given that it saw the debut of two key characters in modern royal and political history: Princess Diana and Margaret Thatcher. Olivia Coleman has also reprised her role as Queen Elizabeth, much to fans' delight, which prompted one company to look into whether the pair had any ancestral connection in their family tree. And surprisingly, myheritage.com has discovered that Olivia Coleman is related to The Queen, in an odd twist of fate.

The genealogy company decided to investigate Coleman's family tree history to determine if in fact she had any relation to the Royal she has now played brilliantly for two seasons of The Crown. Interestingly, they found that both Coleman and HRH share relatives that lived in the 15th century, making Coleman one of The Queen's 13th cousins once removed. Ok, so it may not be the closest of connections, but still!

The site, myheritage.com, discovered that both Coleman and the Queen are descended from Richard Saunders (1452-1480) and Agnes Courtenay (1452-1485), who lived in Surrey, England. Pretty cool, huh?

Coleman is not the first celebrity who is distantly linked to the Royal family through their family tree. Earlier this year, Paris Hilton revealed she is a 20th cousin of the Queen through King Henry II.