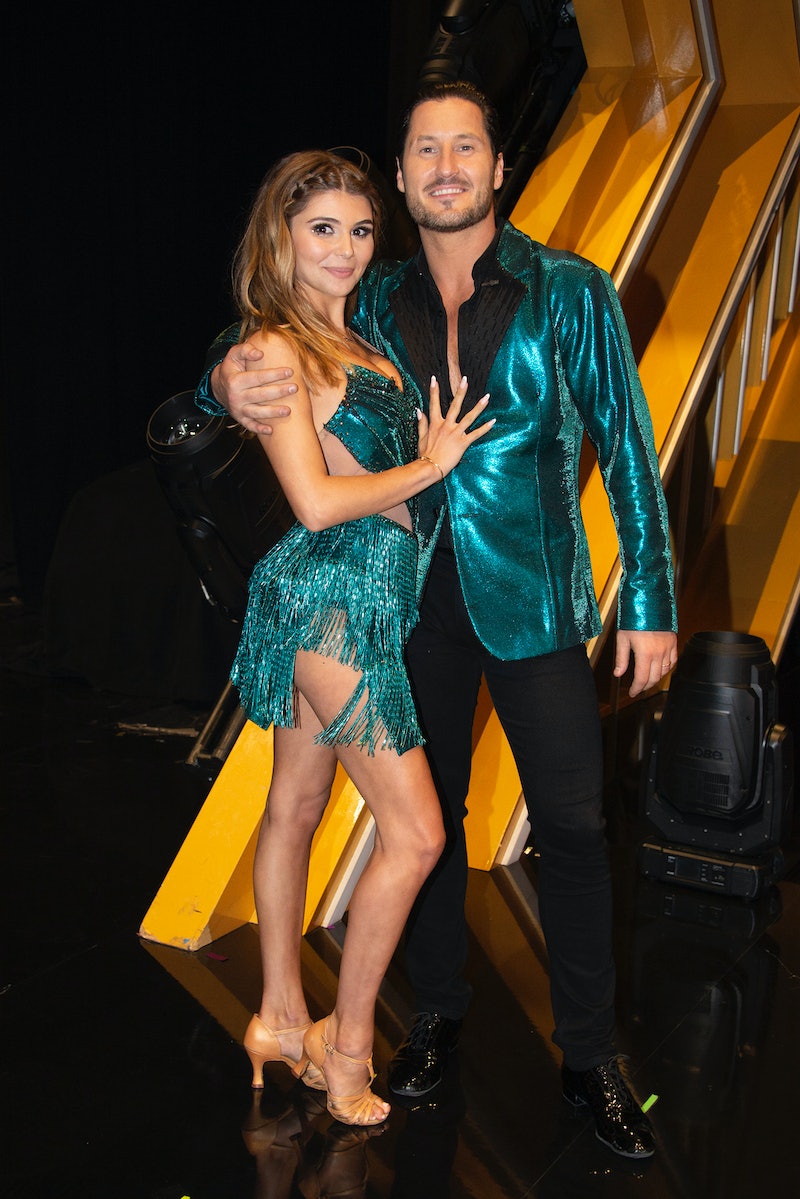 Are Olivia Jade and Val Chmerkovskiy more than just dance partners on Dancing With the Stars? That’s the question that one person posed in a recent TikTok that was published on the video-sharing platform. After watching the video, however, the 22-year-old influencer set the record straight that she and Val have “never hooked up,” nor are they more than just friends.

In the since-deleted video, TikTok user @dearjane1 claimed that she was working on the set of DWTS when she noticed that one of the pro dancers requested that his wife not come near his trailer. Without naming names, she also claimed that this particular DWTS pro has hardly been spotted on set with his wife and that he was overheard giggling with his dance partner in his trailer.

Inevitably, Val was the pro dancer who came to peoples’ minds because his wife, Jenna Johnson, is also a dancer on the hit ABC series. But according to Olivia, the rumors are all wrong. “Hey guys, I just wanna clear the air before this goes any further or this video blows up anymore,” she said in a TikTok on Monday, Oct. 18. “First of all, the woman that posted it blocked me. Someone had to send me this video.”

Although Olivia and Val clearly have a lot of chemistry, the social media star reminded her followers that it’s just a TV show. “It’s literally just a dance show and we’re just friends,” she said, adding that she’s unsure why everything has to be turned into something it’s not. “I’ve obviously already seen a ton of negative comments, and yeah, I mean I’d get it if it was true, but it’s not. So let’s end this here and let’s f*cking dance and have fun on this show, and not create lies especially when you also have almost 400k followers. It’s not cool.”

On Monday night’s episode, Olivia and Val performed a foxtrot to Grease’s “Summer Nights,” which impressed even the show’s toughest judge, Len Goodman. “I think if Sandy and Danny were to dance the foxtrot, it would look a lot like that,” he said. “Val, your choreography is just great.” But despite scoring a 36 out of 40, the duo made it into the bottom two alongside Mel C. and Gleb Savchenko. Ultimately, it was Mel and Gleb who went home, which means that Olivia and Val live to see another week (hopefully without any more unnecessary hookup rumors).

More like this
Teresa Giudice Flipped A Table — Again —  On The 'DWTS' Season 31 Premiere
By Jake Viswanath
The Ultimate Guide To 'DWTS' Season 31’s Move To Streaming On Disney+
By Brad Witter
How To Apply For 'Survivor' & Tips On How To Get Cast
By Meg Walters
Who Is Nick Cannon Dating & How Many Kids Does He Have?
By Jordyn Tilchen and Radhika Menon
Get Even More From Bustle — Sign Up For The Newsletter