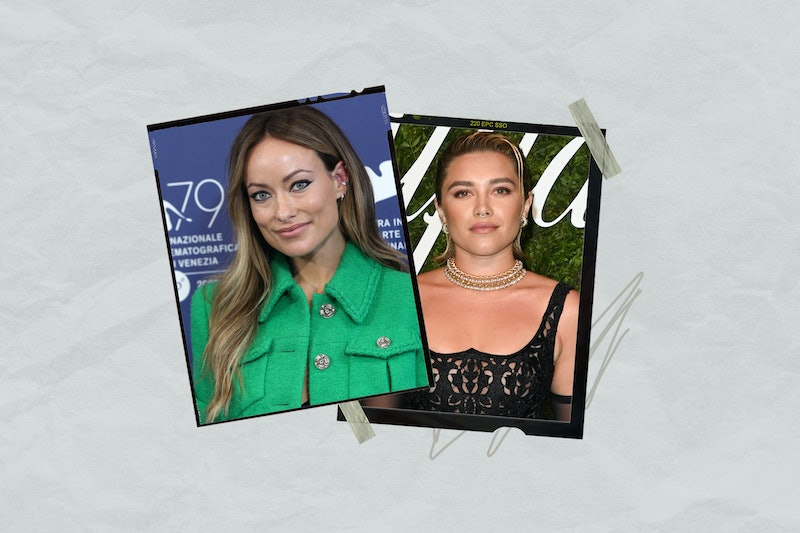 The hotly-anticipated psychological thriller Don’t Worry Darling has been shrouded in controversy, with rumours of a fallout between the film’s director Olivia Wilde and lead actor Florence Pugh dominating the buzz surrounding its release. During a press conference at the 2022 Venice Film Festival, Wilde, who also stars in the film, denied the rumours after being questioned about the speculated rift by a member of the press. Now, Wilde has addressed her reported feud with Pugh once again and reiterated that she has “nothing against” her Don’t Worry Darling co-star.

During an appearance on The Late Show with Stephen Colbert on Sept. 21, Wilde was asked whether or not she was “feuding” with Pugh. Doubling down on her denial of any friction between the pair, she described the Little Women star as “sensational.”

“I have nothing but respect for Florence's talent. She's fantastic. She's on the set of her movie Dune right now. There's nothing cooler than a busy actress. I have nothing against her for any reason,” Wilde told the show’s host, Stephen Colbert. Meanwhile, when asked if she had fired Shia LaBeouf — who was previously set to star in Don’t Worry Darling — Wilde claimed that the actor gave her an “ultimatum” between himself and Pugh. “I chose Florence,” she added.

Wilde also took the opportunity to set the record straight on the viral internet speculation that her real-life boyfriend, Harry Styles spit on his co-star Chris Pine in Venice. Much like Pine’s representatives, who denied any spitting occurred, Wilde commented: “He did not [spit], but I think it's a perfect example of how people will look for drama anywhere they can.”

As mentioned, the director was previously questioned about the behind-the-scenes drama at the 2022 Venice Film Festival, where a reporter asked during a press conference, “Can you just clear the air and address whether there has been a falling out there, and if so why, because it’s something that people are discussing?”

To this, Wilde responded: “Florence is a force and we are so grateful that she is able to make it tonight, despite being in production on Dune. I know as a director how disruptive it is to lose an actor, even for a day, so I’m very grateful to her and Denis Villeneuve for helping us — we’re really thrilled we’ll get to celebrate her work tonight.”

She continued: “I can’t say enough how honoured I am to have her as our lead. She’s amazing in the film and as for all the endless tabloid gossip and all the noise out there, I mean, the internet feeds itself. I don’t feel the need to contribute, I think it’s sufficiently well nourished.”

Wilde was joined by the film’s other lead actor, her real-life boyfriend Harry Styles, Gemma Chan, Kiki Layne, Nick Kroll, and Chris Pine. In recent months, various rumours have also been swirling about behind-the-scenes controversies, with Wilde and Pugh’s names often coming up. Wilde recently shut down whispers that Styles was paid significantly more than Pugh.

But another persistent rumour is one of discord between Wilde and her female lead. This was brought to the forefront when LaBeouf stepped forward to dispute Wilde’s claims that she fired him from the film. Instead, he says he walked away from the project. A video of Wilde asking LaBeouf to return — in which she refers to Florence as “Miss Flo” — soon leaked online. When a reporter tried to question Wilde on LaBeouf’s departure from the film during the Venice Film Festival press conference, they were shut down by a panel moderator.

Meanwhile, Pugh didn’t attend the panel, reportedly due to filming conflicts. The actor was shooting the Dune sequel in Budapest. However, she did attend the film’s grand premiere.

Curiously, Deadline pointed out that both Dune and Don’t Worry Darling stem from the same studio, Warner Bros, and also observed that Pugh’s Dune co-star Timothée Chalamet was in Venice that same week promoting his own film Bones & All at the film festival.

This article was originally published on Sep. 5, 2022