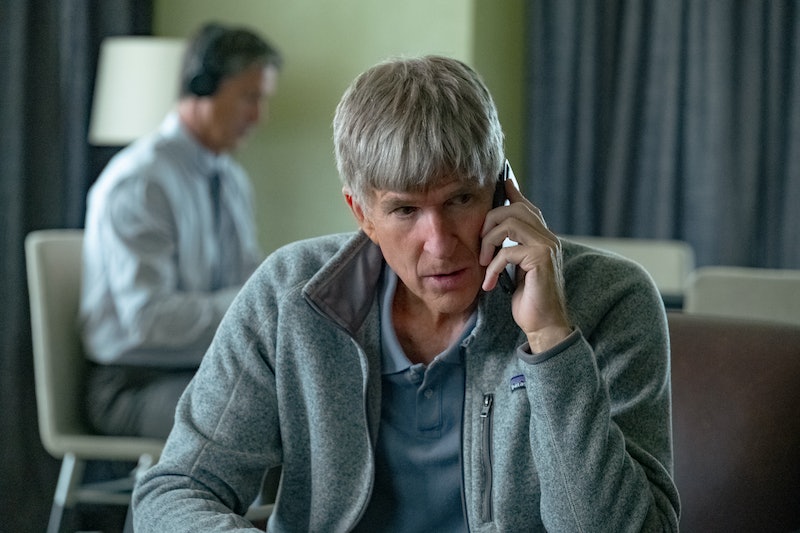 In March 2019, director Chris Smith was just wrapping up his first Netflix documentary, Fyre: The Greatest Party That Never Happened, when he received a text from his editor on the film: “I think this is [our] next project.”

The text was referring to breaking news of the college admissions scandal, which revealed that 33 parents, including several celebrities, had conspired to buy their kids’ way into elite universities like Stanford, USC, and UCLA. Covering the case felt like a natural progression for Smith, who’d chronicled the previous scammer story du jour — Billy MacFarland’s failed luxury music festival — in Fyre. The resulting film, Netflix’s Operation Varsity Blues, builds on stories like McFarland’s and fake Manhattan heiress Anna Delvey’s that have captivated national attention in recent years. “I think seeing how people end up in [these] situations and how it unfolds is endlessly fascinating,” Smith tells Bustle. “Somebody spots an opportunity and exploits it ... [but how it] unfolds is always something different. And it's always interesting.”

In the college admissions scandal, that somebody is Rick Singer, a consultant who masterminded a way to exploit admissions protocols and ensure college acceptances for the children of his wealthy clients. The story was as juicy as Fyre, but trickier to tell, Smith says. When he began making the film, the parents implicated in the scandal were either facing charges for their involvement or awaiting sentencing. Many, like actors Lori Loughlin and Felicity Huffman, would go on to serve jail time. “We did talk to some parents on background,” Smith says, but they were reluctant to disclose much. “Most were being advised that it might not be in their best interest to do an interview prior to sentencing because it could have an adverse effect on that outcome.”

Singer stonewalled Smith, too, never even responding to his team’s interview requests. But what the filmmakers did have was a 200-page FBI affidavit including emails and phone transcripts between Singer, his clients, and the college athletics officials who accepted donations in exchange for enrolling unqualified applicants. This became critical to Operation Varsity Blues: writer Jon Karmen lifted whole dialogues directly from the public legal filings in order to fashion a narrative screenplay, which they then wove into the film via dramatic reenactments that provide “a window into all of these characters in a non-traditional way,” Smith says.

A typical documentary seeks to recreate the truth with to-camera interviews, and Operation Varsity Blues includes plenty of those. But Smith points out that knowing you’re on camera changes things. “This was almost more truthful than anything we can do in a documentary,” he says, “because you have conversations that were being recorded without people knowing they were being recorded.”

For example, in phone calls, Singer is preternaturally gifted at putting his clients at ease. “The fact that people were discussing criminal activity but in such a casual manner was interesting,” Smith says. The transcripts also gave the director insight into Singer, as there was little information about him or his businesses online. In his phone conversations, he revealed himself.

“There was one call where a parent was questioning how easy this all was. And he said, ‘This isn't T.J. Maxx and Marshalls," Smith remembers. “You got these little glimpses of somebody that had kind of a quick wit and biting sense of humor.”

Still, Smith is careful not to group Singer in the same circle of grifters as his last subject. “When you look at somebody like Billy McFarland, I don't think he set out to defraud people. I think he really did want to put on a great concert. Taking people's money and sending them to an island doesn't...There's no end game to that,” Smith says. “Rick was actually engaging in criminal activity.”

More like this
These 25 International Horror Movies On Netflix Prove Fear Is A Universal Language
By Bustle Editors
What’s New On Netflix: Ana De Armas’ 'Blonde' & A Nick Kroll Special
By Arya Roshanian
12 ’90s Movie References You Missed In 'Do Revenge'
By Radhika Menon
Florence Pugh Reflected On Her ‘Don’t Worry Darling’ Experience On Opening Day
By Brad Witter
Get Even More From Bustle — Sign Up For The Newsletter