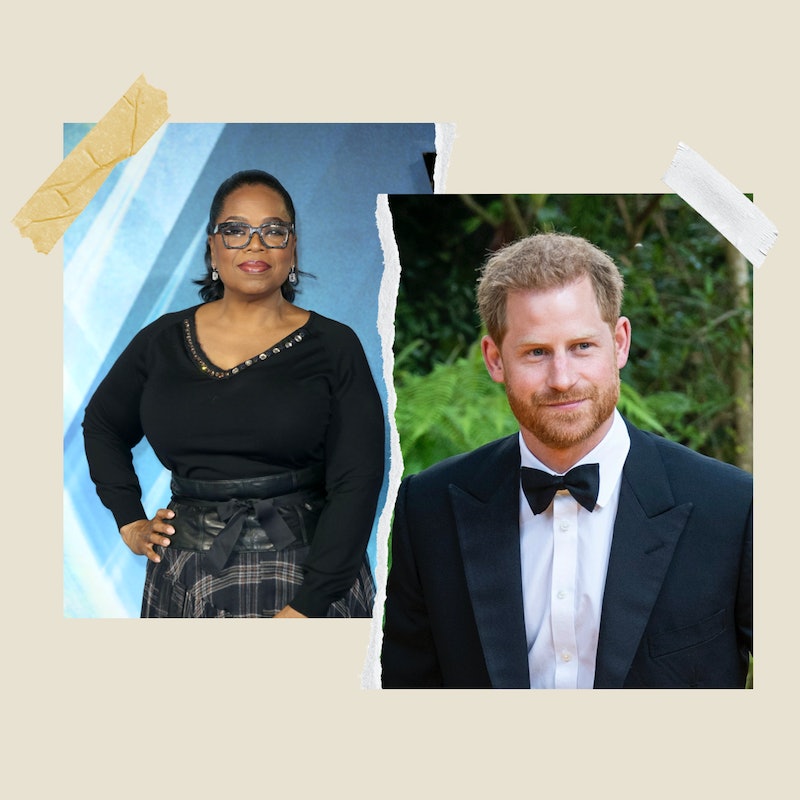 Since moving to the U.S. in 2020, Prince Harry and Meghan Markle have developed a strong association with Oprah Winfrey, largely thanks to their tell-all interview with the talk show host in March 2021. The exclusive sit-down became a cultural moment, as the couple shared their experiences with the British monarchy and their reasons for leaving royal life. And now, in a recent interview with Extra TV promoting her new film Sidney (which is about the late Sidney Poitier), Winfrey spoke about the hope she has for the royal family in repairing family bonds.

The respected TV host said: “I think… when all families come together for a common ceremony, the ritual of burying your dead, there’s an opportunity for peacemaking and hopefully there will be that.” The 68-year-old also touched on the death of her father, Vernon Winfrey, who lost his battle with cancer in July.

During his candid talk with Winfrey, Prince Harry opened up about the strained relationships he has with his brother, Prince William, and their father, King Charles III. The televised interview got the world talking, in particular the mentions of racist comments from an unnamed royal family member. At the time, Prince Harry was clear in declaring that it wasn’t either of his grandparents who had made this comment.

Following the sit-down, there was an ongoing sense of strain amongst the family as Buckingham Palace released a statement and Prince William even responded to a question from the press by saying, “we are very much not a racist family,” per Sky News.

There does seem to be a sense of hope, though, as Prince William and his wife Kate (now Princess of Wales) were joined Prince Harry and Meghan as they greeted mourners at Windsor. The couples, who kept largely to themselves, could be seen looking at the tributes left for the Queen.