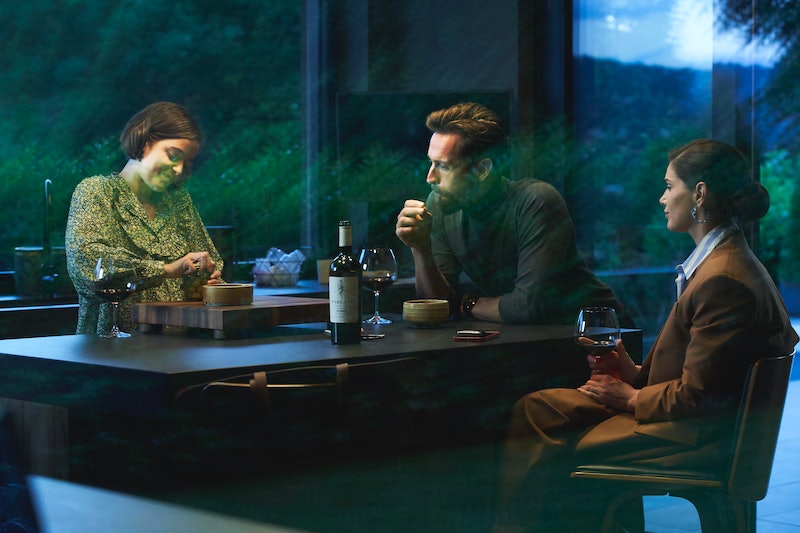 Jess Ryder’s psychological thriller The Ex-Wife is getting the TV treatment, and the first look pictures are as tense as they come. Coming to Paramount+, it is the first of the streaming giant’s original dramas commissioned in the UK, too. Based on Ryder’s popular book, the first look snaps show put a whole new spin on third wheeling, perfectly capturing the (incredibly) stressful situation the lead character, Tasha, finds herself in when her husband’s ex-wife refuses to step away from their lives and finds her husband and baby missing. But who stars in the series and how to watch The Ex-Wife? Below is everything we know so far.

As previously stated, the four-part psychological thriller is based on Ryder’s bestselling book of the same name. As such, it also follows the same twisty plot. Tasha (Céline Buckens) is essentially living the dream: she has the house, the husband, Jack (Tom Mison), and a beautiful daughter. The rub? That hubby’s ex-wife, Jen (Janet Montgomery), simply won’t leave them alone. (Imagine!) One day, Tasha returns home to find her dream life is quickly turning into a living nightmare and is forced to turn to Jen for help. The book has been compared to The Girl On The Train, Gone Girl, and The Couple Next Door, so you can expect many twists and turns.

Before the trailer was even shared, the screenplay was already garnering headlines. Deadline reported on Downton Abbey star and New York Times bestselling author Catherine Steadman making her screenwriting debut with the series back in Sept. 2020. Steadman will also be executive producer on the series, alongside the novel’s author, Jess Ryder, and others.

First look images hinted a rather steamy situation between Tasha and Jack, and potentially awkward exchanges over a bottle of wine between Jack, his wife, and his ex-wife. You could cut the tension with a knife... The trailer is just as tense.

The four-part psychological thriller will be available to stream exclusively on Paramount+ from Oct. 12 in the UK.

This page will be updated when more information about The Ex-Wife is available.

This article was originally published on Sep. 7, 2022