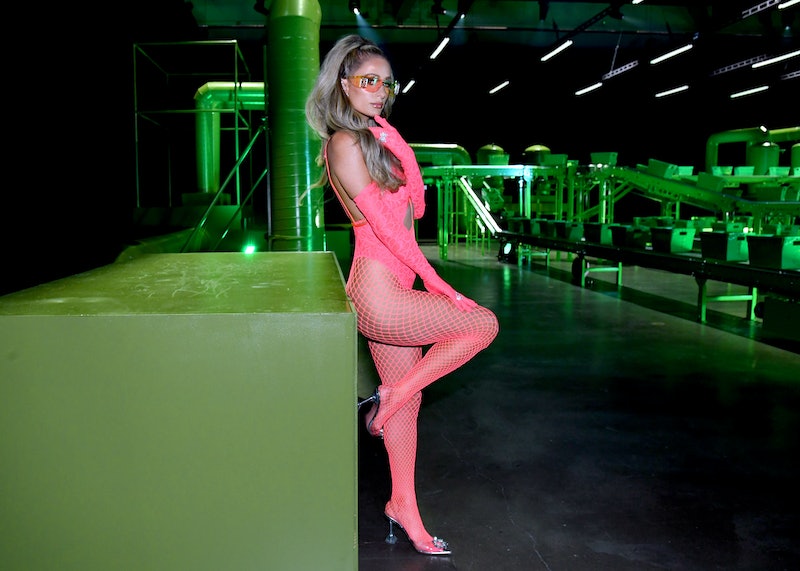 Imitation is the best form of flattery, so for Paris Hilton, all imitations of her iconic vocal fry and glamorous looks are “hot.” It comes as no surprise then that Hilton reunited with RuPaul’s Drag Race star Gottmik, the first transgender man to compete on a regular season of the show, after Gottmik aced an impression of the iconic heiress during the Season 13 episode featuring Drag Race’s wildly popular celebrity-impersonation contest, Snatch Game.

In a new YouTube video, Gottmik took fans through his stunning transformation into the singer, DJ, and business mogul, from the platinum blonde wig to the poofy pink Christian Cowan gown. Hilton surprised fans at the end of the video via FaceTime, greeting Gottmik with her signature “Hi, gorge!” and agreeing that he “f*cking killed it” with the impression. “Congratulations!” she said. “I was watching last night! I'm so happy for you. It's f*cking sick!” She also praised Cowan’s dramatic dress and teased that she might wear it herself soon. “He’s the best,” she said.

For Gottmik, choosing to channel Hilton was an easy decision. The contestant has actually done Hilton’s makeup before, so not only do they have a good relationship, he’s already very aware of Hilton’s mannerisms and beauty routine.

Gottmik went on to win the Snatch Game episode with her impersonation and runway look, over equally impressive impersonations of Jonathan Van Ness (by Denali) and Harriet Tubman (by Symone). Gottmik received praise for his spot-on replication of Hilton’s voice and “Barbie airhead” persona. Even before appearing in Gottmik’s video, Hilton said she loved the impression just as much, telling the queen “that’s hot” and “loves it” on Twitter. From Hilton, that’s about the highest praise you can get.

After taking home the top prize, Gottmik reflected on the Snatch Game in an Instagram post, saying that impersonating Hilton was very sentimental. “LOVES IT,” he wrote. “Playing @parishilton for SNATCH GAME was a dream come true. She has inspired me for as long as I remember so channeling her and making Ru LAUGH was so surreal. Thank you all so much for all of the love I’m #sliving.”