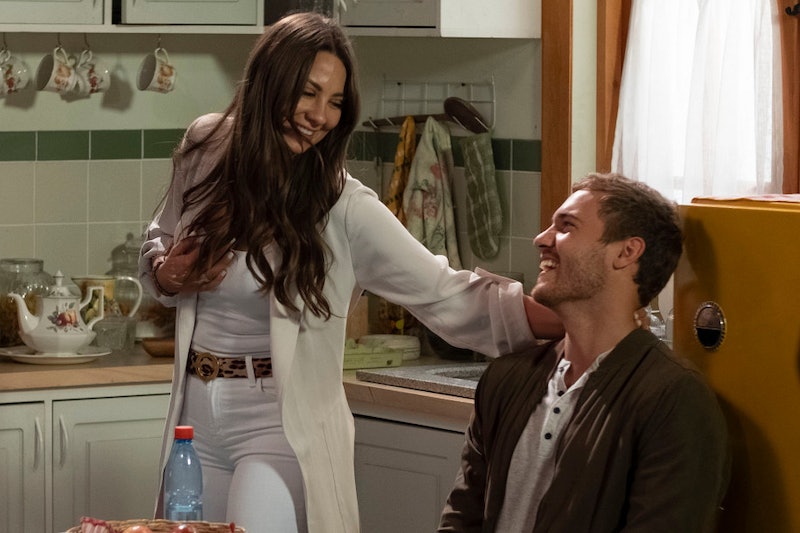 Even though the former Bachelor stars have not publicly reconciled, Peter Weber and Kelley Flanagan were spotted together in Tampa, Florida, over Super Bowl weekend, sparking speculation about their relationship status. The former couple, who split in December, were reported to be "together the entire night," an anonymous source told E! News.

"Peter and Kelley knew they were both planning to be in Tampa for the Super Bowl and had plans to meet up," the unnamed source reported. "They have been in touch and are working on their relationship." The source went on to add that, despite being in each other's lives again, "they are not back together."

However, the anonymous source did report that the two are considering rekindling their romance, saying that Peter has "regrets their breakup." While the two have now met up in person, it's unclear what this will mean for their romantic future as the source also reported that "Kelley is very hesitant and thinks he’s not ready to commit to her but still has feelings for Peter."

Kelley and Peter first met on his season of The Bachelor, where the lawyer came in fifth place. Then, after Peter ended his relationships with winner Hannah Ann Sluss and runner-up Madison Prewett, the two reconnected in April 2020. On Dec. 31, Peter announced their breakup on Instagram, writing: "While our relationship was filled with countless beautiful memories, our relationship simply didn’t work out in the end." He added: "Kelley is someone I will always have a special love for."

In January, Kelley confirmed her split from Peter on her Instagram as well, saying "unfortunately him and I are in two different stages of our lives and saw our future paths differently." Kelley added that there is no ill will between her and the former Bachelor star, writing: "I wish Peter the absolute best and want to thank everyone for your continued support as I move on to my next chapter."

Now, it's unclear what's in the future. Kelley wrote in her breakup post on Instagram that she was still planning to move to New York City. The move, which the two had been planning to do together, reportedly caused the fighting in their relationship and ultimately contributed to the breakup, according to E! News. And yet, Peter is currently living in New York, so these two could reunite in the near future.