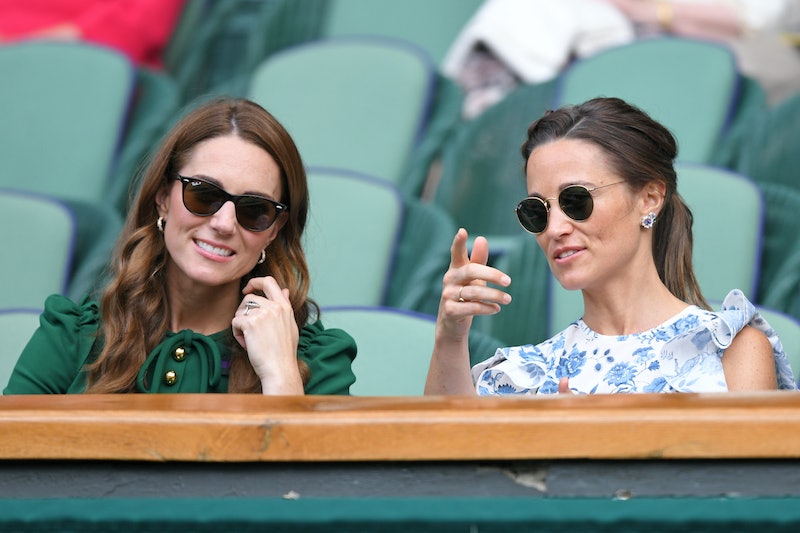 Prince George, Prince Louis, and Princess Charlotte have a new cousin. On Monday, March 15, Pippa Middleton welcomed her second child, a baby girl, with husband James Matthews. The couple named their newborn Grace Elizabeth Jane, meaning she shares a middle name with her aunt Kate Middleton, the Duchess of Cambridge, who was born Catherine Elizabeth Middleton.

A family source reported that Pippa’s daughter was born at 4:22 a.m., weighs 6 pounds, 7 ounces, and both mother and daughter are healthy and well, according to People. “She’s perfect, everyone is overjoyed at such a happy arrival,” the source reported. Baby Grace Elizabeth’s meaningful name follows in a family tradition the couple started. Pippa and James’ son, Arthur, who is 2, has the middle name Michael in tribute to his father’s late brother Michael Matthews, according to Us Weekly. James’ brother died in 1999 while climbing Mount Everest.

Pippa and James previously took a cue from their royal in-laws by welcoming their first baby in 2018 at the Lindo Wing of St. Mary’s Hospital, where Kate and Prince William welcomed all three of their children. Arthur’s name also has another connection to Kate and Prince William’s kids — Prince Louis’ full name is Louis Arthur Charles.

Pippa wed James in May 2017 in St. Mark’s Church in Englefield. Pippa’s royal niece and nephew, Princess Charlotte and Prince George, served in the bridal party. Since the event, the couple has largely kept their life out of the spotlight despite their affiliation with the royal family. In 2016, an anonymous source told People that Pippa had a “deep desire” to be out of the public eye and that the newlywed couple planned on “having children and leading a quiet life.”

Carole and Michael Middleton, Pippa and Kate’s parents, will have even more family excitement to look forward to in the near future. Kate and Pippa’s brother, James Middleton, recently got engaged to girlfriend Alizee Thevenet. In September, the engaged couple revealed on Instagram that the wedding had been rescheduled twice due to the COVID-19 pandemic. However, with vaccine distribution underway, it seems likely the Middleton family will continue to grow in the near future.