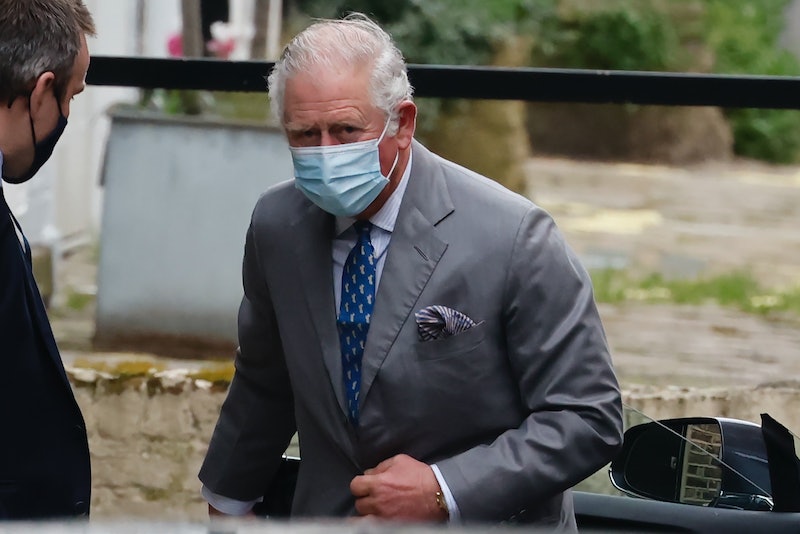 A family moment sparked controversy when Prince Charles visited Prince Philip at King Edward VII’s Hospital on Saturday, Feb. 20. The Duke of Cornwall traveled to London and spent around half an hour at the facility, where the policy is to only allow visitors in “exceptional circumstances” due to COVID-19, per the Associated Press. Though Charles’ time at the hospital was short, the online debate surrounding it has not been.

Philip, the 99-year-old husband of Queen Elizabeth II, was hospitalized on Tuesday, Feb. 16, per the BBC. Buckingham Palace kept the specifics of his health private but did say he’d been admitted “as a precautionary measure.” Yet, given the restrictions other Britons are living under, many Twitter users felt it was unfair for the prince to able to have visitors. Some shared stories of their own loved ones who were hospitalized or even died alone during the pandemic.

“I hope Prince Philip recovers quickly and completely understand that his family want to see him but wonder why Prince Charles can travel miles to see him when my patients have to manage without visitors,” one person wrote. “Leadership is about setting positive examples in tough time.”

Taking another stance, some argued that Prince Charles’ visit wasn’t so much privilege as a worrying sign that his father’s health may be worse than Buckingham Palace let on. Many people expressed their concern, and the Duke of Cornwall had a lot of defenders — including ones who didn’t mince words at all.

So far, Buckingham Palace hasn’t released any new information about how Philip is doing, so the question about just what exactly his “exceptional circumstances” are remains. The illness he’s facing is not thought to be caused by COVID-19 at least. His first dose of the coronavirus vaccine was administered in January, according to the AP.

Whatever he’s battling, the royal will hopefully make a quick recovery. His 100th birthday is coming up on June 10, and he also has spending time with a new namesake to look forward to. Princess Eugenie, the granddaughter of Philip and the queen, gave birth to her newborn son on Feb. 9, and then revealed that his name is August Philip Hawke Brooksbank on Feb. 20, the same day as Charles’ visit.

“Thinking of my grandfather,” Eugenie wrote on her Instagram story, adding that he is “named after his great grandfather and both of his great x5 grandfathers.”

More like this
8 Photos Of Prince George & Princess Charlotte At Queen Elizabeth II's Funeral
By Jake Viswanath
Prince George & Sophie Wessex Shared A Tender Moment At The Queen’s Funeral
By Jake Viswanath
How “Sweet” Prince Louis Comforted Kate After Queen Elizabeth’s Death
By Stephanie Topacio Long
The Prince William & Rose Hanbury Rumours, Explained
By Frances Stewart and Sam Ramsden
Get Even More From Bustle — Sign Up For The Newsletter