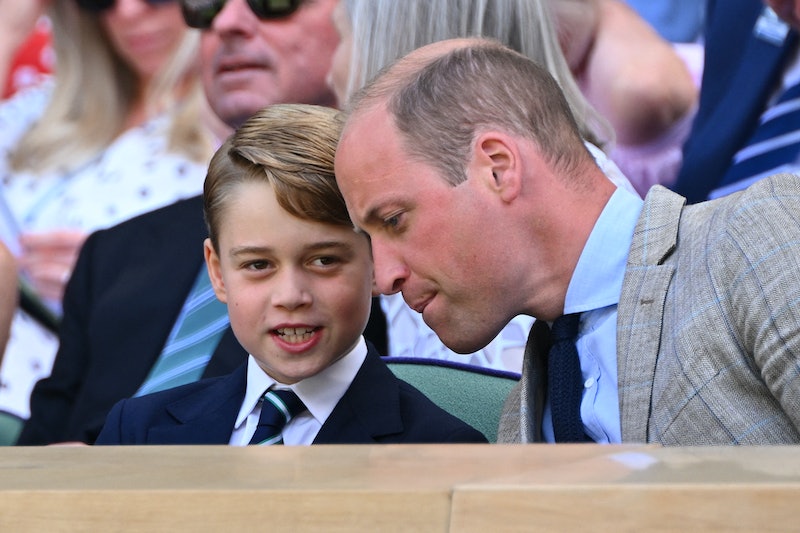 Following the passing of Queen Elizabeth II, the royal family has undergone some significant changes. Namely, the line of succession has been updated, with King Charles III now assuming the role of British monarch and William, Prince of Wales, becoming the next in line to the throne. Not far behind his father in the order of succession is Prince George, who reportedly made a cheeky comment about Prince William’s future role as king.

As per the Daily Mail, royal author Katie Nicholl claimed that the eldest child of Prince William and Kate Middleton recently “sparred” with his friends at school, and responded to his classmates with the line: “My dad will be king so you better watch out.”

Nicholl made the claim in her book The New Royals, in which she also alleges that the Prince and Princess of Wales are bringing up George, Princess Charlotte, and Prince Louis, with an “awareness” of the monarchy and their future roles within it.

“They are raising their children, particularly Prince George, with an awareness of who he is and the role he will inherit, but they are keen not to weigh them down with a sense of duty,” Nicholl claims, adding, “George understands he will one day be king.”

In an updated version of his book Battle of Brothers, royal author Robert Lacey also touched upon Prince George’s knowledge of his place in the monarchy, claiming that Prince William and Middleton informed the youngster of his future role as king “sometime around his seventh birthday.” Exactly when and how isn’t public knowledge. “Maybe one day George will tell us the story himself,” Lacey writes.