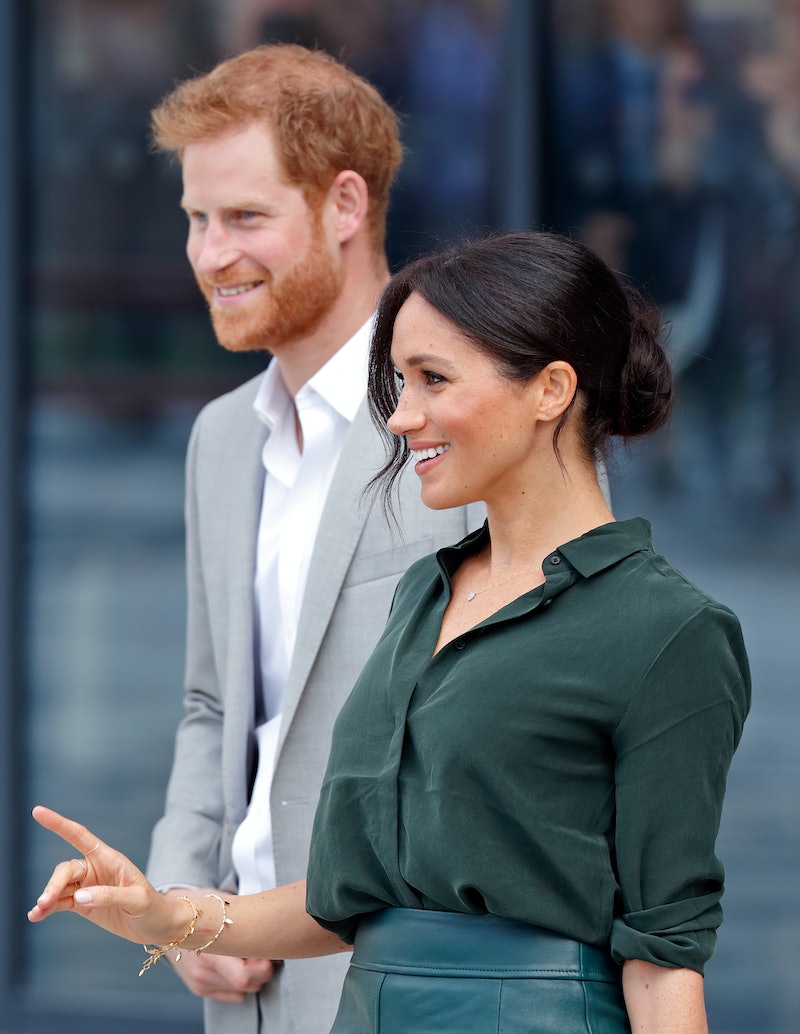 Following the fallout from their explosive Oprah interview, Prince Harry and Meghan Markle are getting back to business, with some major changes to their non-profit organisation Archewell. A year since the couple began working to launch their foundation, the Duke and Duchess of Sussex have hired a new executive director to take on take on Archewell’s mission to “uplift and unite communities through acts of compassion”.

Prince Harry and Meghan Markle’s UK spokesperson, James Holt, is taking over from Catherine St-Laurent, who will now act as a senior advisor to Archewell. Holt has been the Duke and Duchess of Sussex’s head of engagement and communications since 2019, and it’s not yet been confirmed who will be taking his place in that role.

Catherine St-Laurent, who started as Archewell’ s first executive director in April 2020, announced she was stepping down from the position in March.

Via LinkedIn, she said: “It’s been a privilege working closely with the Duke and Duchess of Sussex helping to establish Archewell Foundation in its first year. Their commitment to compassion and wellbeing has been the undercurrent of all our activities both within the organisation as well as with impactful projects of the foundation on the ground.”

St-Laurent went on to add: “I am deeply proud of what we’ve accomplished together and I’m honoured to remain on as an advisor.”

Prince Harry and Meghan Markle have recently made a few more exciting hires at Archewell. The company announced Oscar-nominated producer Ben Browning as the new head of content – he will oversee audio and production for the Sussexes’ multimillion-pound Netflix and Spotify deals, per Evening Standard.

“From the moment they shared their vision for Archewell as a global production company that will spotlight diverse voices and share uplifting stories, I knew I wanted to help with this unique opportunity,” Browning said in a statement to Forbes. “It’s a thrilling company to be starting.”

The Archewell Foundation was first announced back in April 2020, following the couple’s much publicised move to California. The charity organisation — which is named after Harry and Meghan’s son Archie — aims to “listen to people and their communities, help them tell their stories, put real action behind our words, and spotlight a new generation of leadership.”

Via their website, they’ve announced the company’s first few partnerships, including The Loveland Foundation, dedicated to helping Black women and girls with their mental health, and a joint philanthropic partnership with World Central Kitchen.