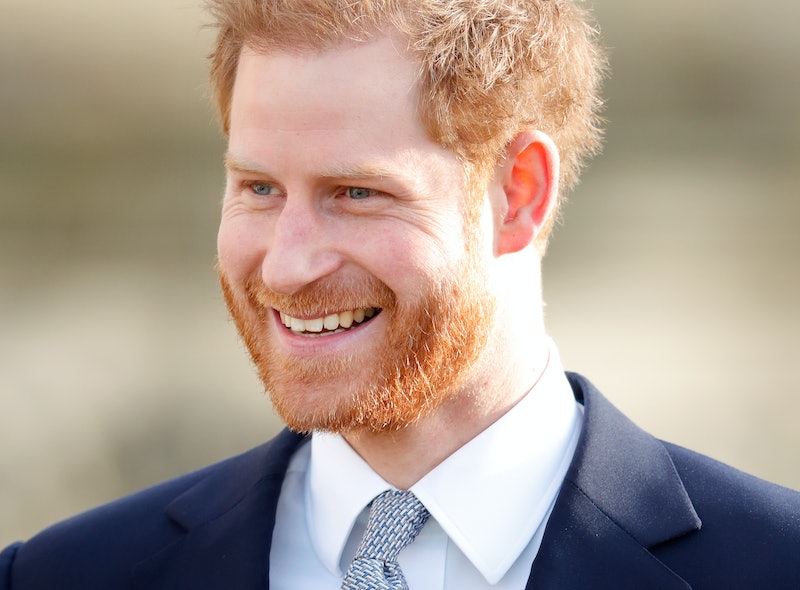 What do Prince Harry, Lady Gaga, Adele, Will Smith, and Michelle Obama have in common? After TMZ cameras spotted Prince Harry and James Corden filming atop a Hollywood double-decker tour bus on Friday afternoon, People later confirmed that the duo was taping "a COVID appropriate segment" of Carpool Karaoke for The Late Late Show. "They have been friends for years and had a great time," a source shared with the magazine, adding there was "a lot of joking around and laughter."

People's insider revealed that the duo — joined by a full crew with three cameras, Harry's personal security team, and a police escort — "toured Hollywood and James showed Harry some special landmarks," and also chatted about "Harry's life in the U.S. and his focus now." After leaving their roles as senior working members of the royal family, Harry and wife Meghan Markle, who wasn't on site for the shoot, moved to Los Angeles with 1-year-old son Archie last March, before relocating to Montecito (about 80 miles west of LA) months later.

"Harry loves California, but they were both drawn to the smaller town of Santa Barbara, where they can integrate into the community while having some distance and privacy that is hard to come by in the Los Angeles area," a source close to the couple explained to Vogue in August. "For that reason, they had never intended to stay in Los Angeles."

The prince and Corden's friendship is hardly a secret as CBS' Late Late Show host famously attended the couple's 2018 royal wedding. "It was so lovely. I've known Prince Harry about seven years now and it was wonderful," Corden shared on a May 2018 episode of his late-night talk show. "It was one of the most beautiful ceremonies I've ever been to. It was gorgeous, it was a whole affair, it was happy, it was joyous, it was uplifting ... Elton was there; he performed some songs in the afternoon. George Clooney was there, so congratulations, Meghan and Harry, on your new Nespresso machine."

Although it hasn't been revealed when the Carpool Karaoke segment will air, royal watchers will surely be tuned in to check out Harry's vocal skills — or, perhaps, lack thereof.