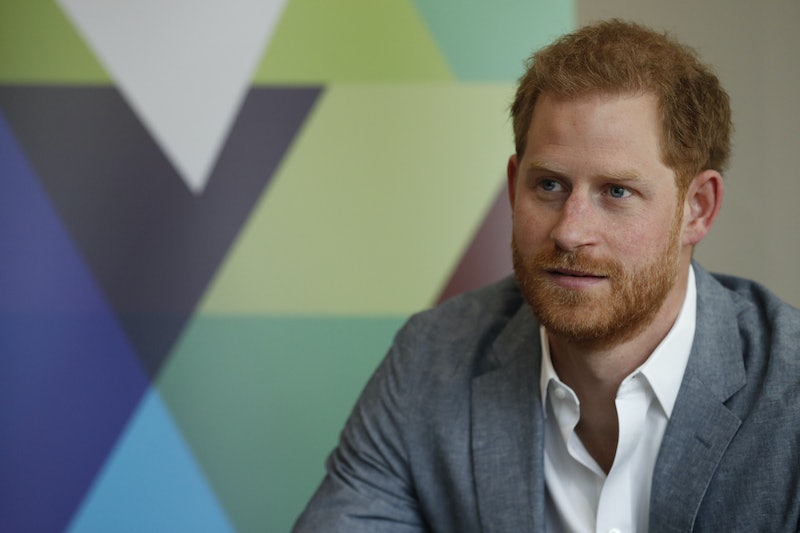 Prince Harry may not be earning money from the royal family anymore, but he’s got new gigs lined up left, right, and center. Prince Harry has landed a new job as chief impact officer of BetterUp Inc., a startup coaching and mental health company based in Silicon Valley, as first reported by the Wall Street Journal on Tuesday, March 23. According to the outlet, Harry has been working with a coach from the company’s app for the past few months, making it a natural fit. “I was matched with my coach who, quite frankly, is truly awesome and has always given me sound advice and a fresh perspective, which is so valuable,” he said.

As part of the position, he is expected to help with product strategy decisions and charitable contributions, and continue to publicly advocate topics related to mental health. “I intend to help create impact in people’s lives,” he said. “Proactive coaching provides endless possibilities for personal development, increased awareness, and an all-round better life.” No details about Harry’s compensation or exact responsibilities were given, but BetterUp CEO Alexi Robichaux told WSJ that Harry would be joining the leadership team as an “officer of the corporation,” calling it a “meaningful and meaty role.”

Prince Harry has long been an advocate for the importance of mental health, even as part of the royal family. He is currently working on an Apple TV+ series with Oprah Winfrey centered on mental wellness, and has been open on several occasions about his own struggles, which he attributes to the death of his mother Princess Diana when he was just 12. “I have probably been very close to a complete breakdown on numerous occasions when all sorts of grief and sort of lies and misconceptions and everything are coming to you from every angle,” he told the Mad World podcast in 2017.

The news comes after Harry and his wife Meghan Markle sat down with Winfrey for their bombshell interview about their time as royals, where Meghan opened up about her own mental health struggles, including suicidal thoughts, which is one of the reasons they stepped away. “I was really ashamed to say it at the time, and ashamed to have to admit it to Harry, especially because I know how much loss he’s suffered,” she said. “I just didn’t want to be alive anymore. And that was a very clear and real and frightening, constant thought.”

Now, the couple seems to be doing better than ever, with a baby girl on the way and a new job that Harry is very excited about, as he wrote in a blog post on BetterUp’s website. “When I first met Alexi, we instantly recognised a shared passion for helping others realise their full potential,” he wrote. “As our conversations continued, it became even more clear that we hold a similar philosophy on mental health: that we must proactively take care of our minds.”

Harry and Meghan have also signed a production deal with Netflix and created a Spotify podcast, meaning their pockets are lined with or without the royal family. Now that their family is residing in their new huge estate in Montecito, Calif., Harry is clearly settling into the U.S. very nicely.