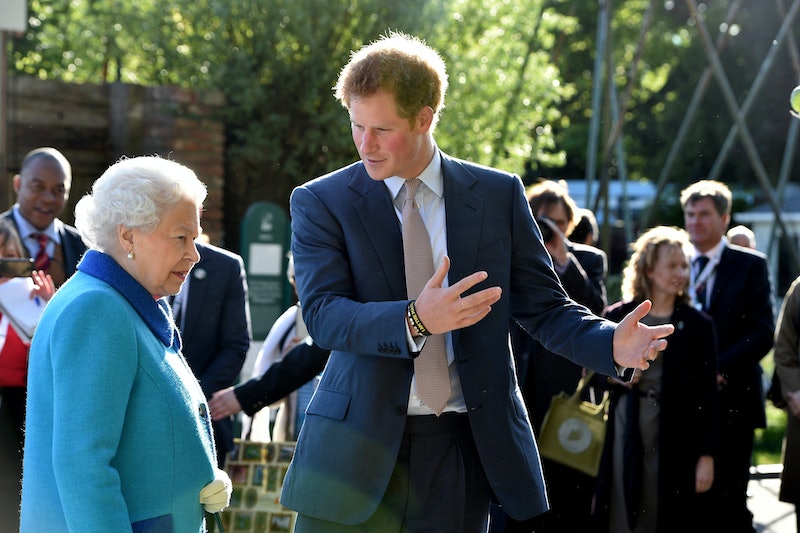 The bombshell revelations just keep coming. A new clip released by CBS This Morning featuring unseen footage from the main interview between Prince Harry, Meghan Markle, and Oprah Winfrey has been released. In it, Harry reveals he was suddenly told he was no longer invited to spend time with the Queen at Sandringham in January 2020, despite having been invited by his grandmother herself.

In the clip, Harry says the Queen had told him to come and see her at Sandringham after he and Meghan arrived back in the UK from Canada, where they had spent the Christmas holiday. "My grandmother had said 'the moment you land, come up to Sandringham, we'd love to have a chat, come for tea, why don't you stay for dinner because it's going to be a long drive and you're going to be exhausted?"'

Harry then rang the Queen from Frogmore Cottage, he said. "Yes, there's something in my diary that I didn't know that I had," he recounts her saying. He said he asked about the rest of the week, and his grandmother had replied that she was busy then, too. "I didn't want to push because I kind of knew what was going on," he told Oprah.

The chat show host then asks: "Doesn't the Queen get to do what the Queen wants to do?"

Harry replied: "When you're head of the firm there is people around you that give you advice. And what has also made me really sad is some of that advice has been really bad."

In another shocking clip, Harry revealed that none of his family members had reached out to apologise for the reasons he felt he had to leave the UK — a decision which he says was in a "large part" due to racism. In another clip, he revealed how aware he was of the fact that his brother, Prince William, couldn't "leave the system" in the same way he did.