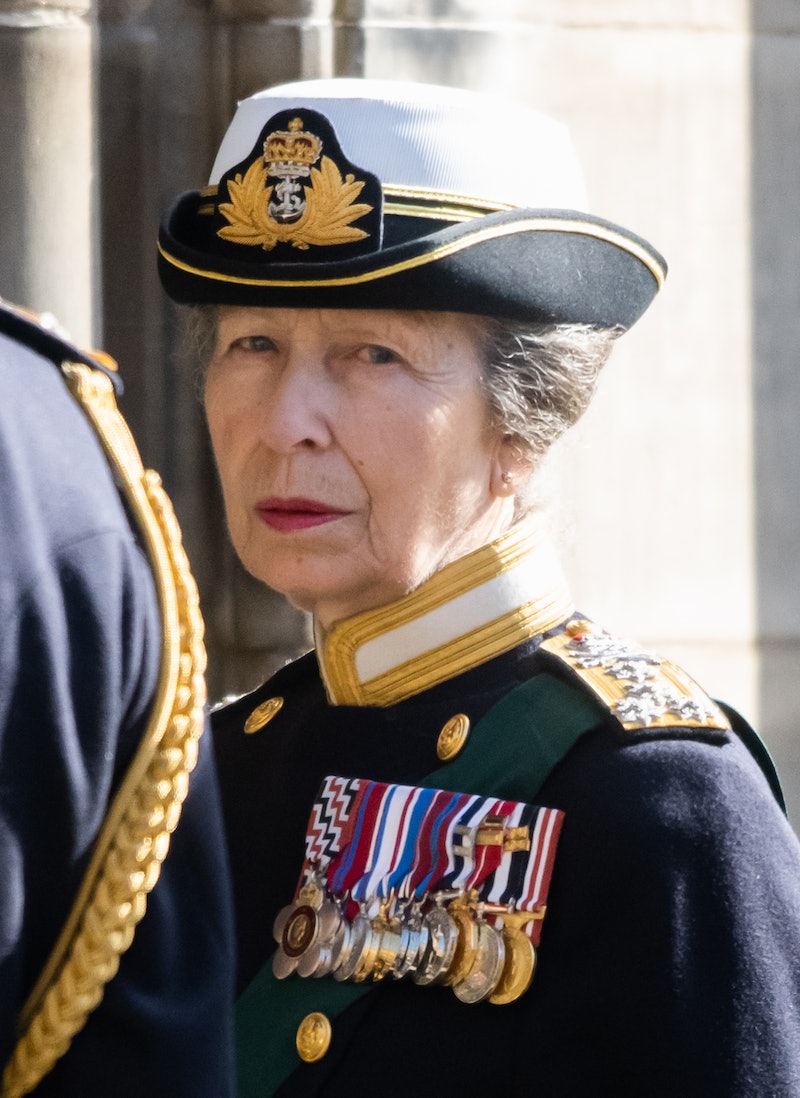 In the hours following Queen Elizabeth II’s passing, major changes occurred within the royal family. Not only for King Charles III but for the now heir apparent William, Prince of Wales and Duke of Cambridge and Cornwall. As you may have noticed, the titles for the Queen’s younger children have not changed, including Anne, Princess Royal. As the former monarch’s eldest daughter, she’s had a very important role in the proceedings so far, having accompanied her mother’s coffin as it travels from Balmoral Castle to London. But why is Anne called the Princess Royal, and why hasn’t this title changed like some of the other royals?

Currently 16th in line to the throne, the Queen’s passing has not affected Princess Anne’s royal title. She was named Princess Royal in 1987 and will remain so until she dies. It’s not an automatic title that’s passed down the line to the throne. Anne took on the title from Princess Mary, the eldest and only daughter of King George V and Queen Mary, who held it between 1932 to 1965. The long wait for Anne was due to the royal title not being hereditary.

Anne reportedly turned down an offer by the Queen for a royal title when she married Captain Mark Phillips in 1973. And due to Phillips not having a title, Princess Anne’s children — Peter and Zara Phillips — have also grown up without royal titles.

As the title of Princess Royal is bestowed to the eldest daughter of a British monarch, upon Princess Anne’s passing, as royal expert Duncan Larcombe explained to Town & Country, it could be passed to Princess Charlotte, as Charles’ eldest granddaughter and William’s eldest and only daughter. But as it’s not a hereditary title, it’ll all depend on whether William chooses to bestow the title of Princess Royal upon her.