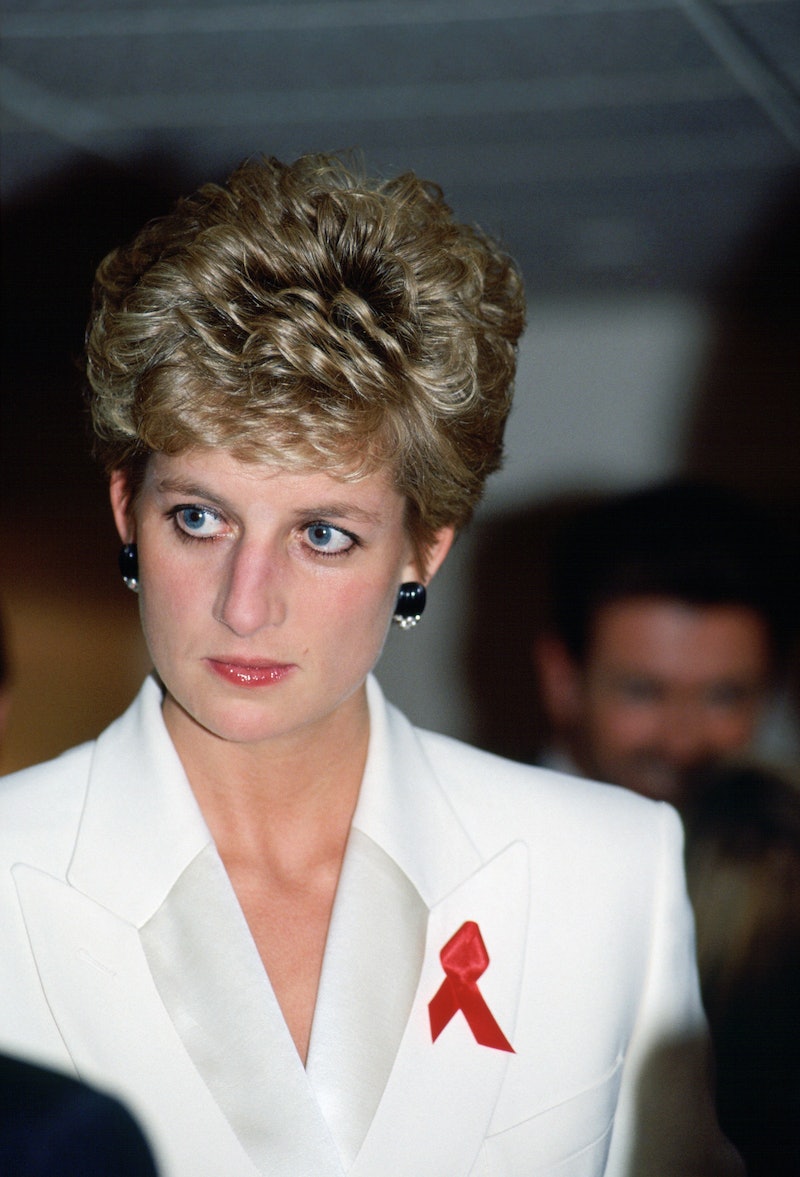 Princess Diana was given the title of the People’s Princess because she never was the typical royal and that made her beloved of the public. Something that made her stand out from other members of the royal family at the time was what Princess Diana did for HIV and AIDS awareness. She dedicated so much of her time to charitable causes and activists have heralded her as instrumental in changing attitudes towards HIV and AIDS around the world. As misinformation spread during the AIDS crisis, Princess Diana was a true ally to those who tested positive.

In the '80s and '90s, when the AIDS crisis reached its peak, fear and stigma about the disease was widespread. People help mistaken beliefs about how it was transmitted, with many thinking it could passed on through touch alone. However, Princess Diana used her platform to advocate for patients and bust myths. In 1987 she took on the AIDS crisis as cause of the year.

In April 1987 she worked with organisations to open the UK’s first HIV/AIDS unit at London’s Middlesex Hospital. This was a space dedicated to the proper care of people who had been diagnosed with HIV at a time when they were struggling to receive it. Princess Diana was one of the first celebrities to take a stand against the AIDS crisis and the homophobic stigma attached to it. She shook hands with a patient without wearing gloves, helping to dispel the misconception that HIV could be passed on through touch.

“We couldn't attract staff because people were frightened. My first impressions of Princess Diana were that she was warm, sophisticated, elegant and smart. I warmed to her instantly,” said John O'Reilly, who met Diana while working as a nurse on the ward. He told the BBC in 2017, “This was Diana the Princess of Wales, coming in gloveless and shaking our patients' hands as well as ours. That was very moving."

A few years later, in 1989, she visited Harlem Hospital's AIDS unit. This was part of her three-day solo trip to New York City which is depicted in season four of The Crown. It’s reported that she met some of the patients and hugged some of the children. The New York Times writes that Dr. Margaret Heagarty, the paediatric director at Harlem Hospital, told Diana at the time "Your presence here and in Great Britain has shown that folks with this disease can be hugged, can be cared for." In 1991 she returned to Middlesex Hospital AIDS unit with first lady of the U.S. Barbara Bush.

Up until her death in 1997 Princess Diana advocated for those who had tested HIV positive. She spoke at conferences and eradicated stigma by leading by example. Speaking about his mother work at the 2017 Attitude Awards Prince Harry said, “She was using her position as Princess of Wales, the most famous woman in the world, to challenge everyone to educate themselves, to find their compassion, and to reach out to those who need help instead of pushing them away.”