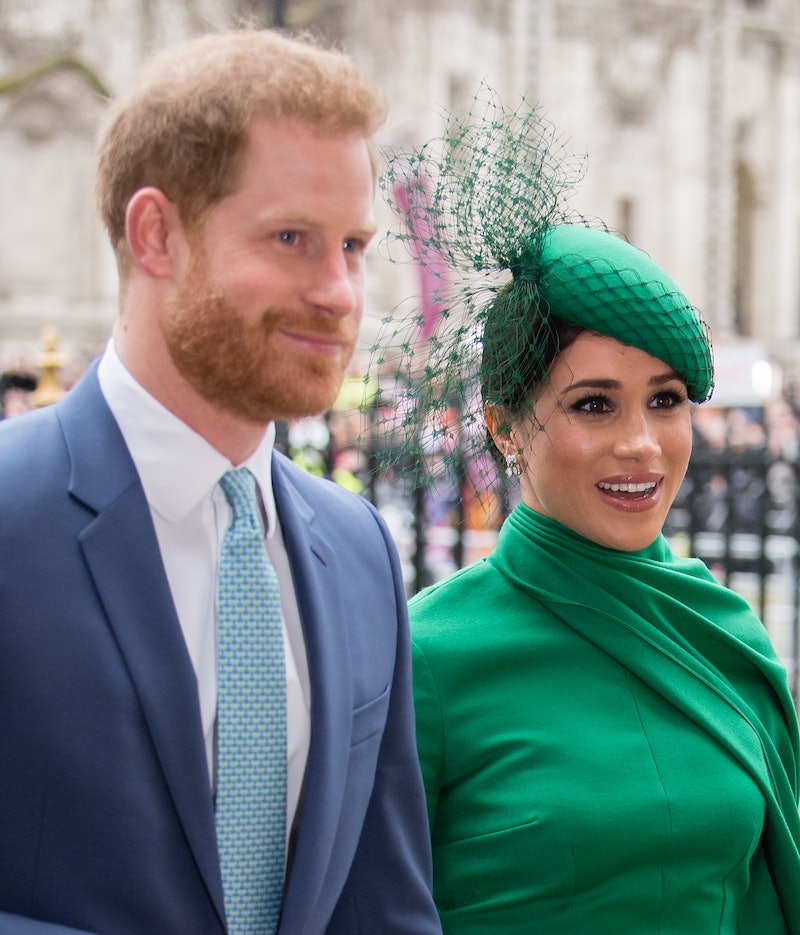 Princess Diana's former private secretary and chief of staff Patrick Jephson believes senior royals should mend their relationship with Meghan and Harry. On Saturday, March 6, Jephson discussed the Duke and Duchess of Sussex's upcoming sit-down with Oprah Winfrey while appearing on CNN, saying the rift in the royal family now is "comparable" to previous situations. Going forward, he feels it will be the responsibility of "senior palace management" like Prince Charles to "heal a lot of this damage" and "mitigate family conflict" using the lessons of the past.

Jephson pointed to Diana's ostracization from the royal family following her divorce from Charles in August 1996. In exchange for a settlement, the right to retain her apartment at Kensington Palace, and her title of "Princess of Wales," Diana agreed to forfeit the title of "Her Royal Highness" and future claims to the British throne, according to History Channel. Still, "there were a lot of unhappy people involved then," according to Jephson, just as he's sure there are now.

The former royal confidant identified Harry's father, Charles, as someone who has "a lot of examples from his own history for how these situations can be made worse and how they can be made better." With the Prince of Wales been at the center of similar high-profile media controversies amid his divorce from Diana, Jephson believes Charles should know firsthand how these situations can be mended. "I hope that somewhere in the midst of the current back and forth somebody is putting down the seeds for an eventual reconciliation," Jephson added.

"Thirty years ago we were in a comparable where rifts were opening up within the royal family and it was starting to escalate," Jephson told CNN, per People, referring to the aftermath of the divorce. The former aide added that while the current rift is a major news story, it's important for outsiders to understand that "at the heart of this are real people really hurting." He also pointed out that tell-all interviews — including the one Princess Diana conducted with Martin Bashir of the BBC in 1995 — don't tend to help, saying that "in all cases, it has backfired."

CBS has teased that the Oprah interview will allow Meghan to discuss "stepping into life as a royal, marriage, motherhood" as well as "handling life under intense public pressure." In an early teaser for the special, Harry drew comparisons between the treatment of his mother, Diana, and that of Meghan, saying his "biggest concern is history repeating itself." In a teaser for the CBS interview released on March 4, Meghan said Buckingham Palace has had an "active role" in "perpetuating falsehoods" about her and Harry.

The Sussexes' sit-down conversation, Oprah with Meghan and Harry: A CBS Primetime Special, will air on CBS on Sunday, March 7, at 8 p.m. ET/PT.

More like this
Prince George & Sophie Wessex Shared A Tender Moment At The Queen’s Funeral
By Jake Viswanath
8 Photos Of Prince George & Princess Charlotte At Queen Elizabeth II's Funeral
By Jake Viswanath
10 Photos Of William, Harry, & Their Cousins Honoring The Queen Together
By Stephanie Topacio Long
William & Kate Shared How Their Kids Are Doing As They Mourn The Queen
By Stephanie Topacio Long
Get Even More From Bustle — Sign Up For The Newsletter