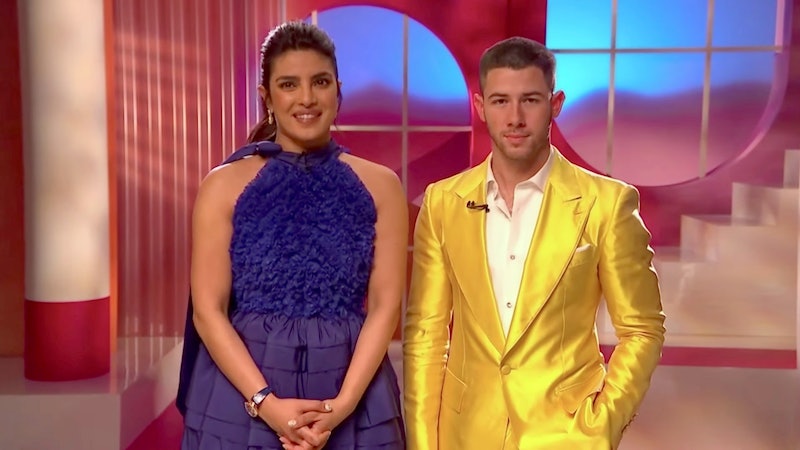 When Priyanka Chopra and Nick Jonas announced the 2021 Oscar nominations on Monday, March 15, fans quickly took to social media to celebrate the most deserving Academy Award nominees and vent about the most infuriating snubs. But one reporter who focused his attention on Chopra and Jonas themselves has since learned an important lesson: Don’t diminish one of Bollywood and Hollywood’s most prolific stars.

The day the highly anticipated nominations were announced, Peter Ford, a journalist who (jokingly?) describes himself as "the best & most widely heard entertainment reporter" in Australia and New Zealand in his Twitter bio, criticized the Academy’s choice to let the married couple reveal the noms. "No disrespect to these two but I'm not sure their contribution to the movies qualifies them to be announcing Oscar nominees,” he wrote, according to E! News.

Chopra had no time for anyone trying to dismiss her accomplishments. On March 16, she quote-tweeted Ford’s complaint and promptly brought out the receipts. “Would love your thoughts on what qualifies someone,” she wrote. “Here are my 60+ film credentials for your adept consideration.”

Chopra attached a video that scrolled through her IMDb page, reminding everyone of the actress’s many notable film roles, including Baywatch, The Matrix 4, Isn't It Romantic, and countless Bollywood movies that were enormously successful in India. Ford has yet to respond to Chopra’s rebuttal, but the original tweet has since been deleted and his Twitter account is now private. As the saying goes, a social media profile setting says a thousand words.

Not only has Chopra starred in more than 60 film and TV projects throughout her career, but her latest film, The White Tiger, was also nominated for an Oscar this year. Chopra celebrated the Best Adapted Screenplay nomination right after announcing the film’s name. “Somehow announcing the nomination myself made it so much more special,” she wrote on Instagram. “So so proud.” Now, is there anyone more qualified to announce Oscar noms than the star of an Oscar-nominated film?

As for Jonas, while he may be better known as a musician, he also has many film, TV, and theater acting credits under his belt — from his Disney Channel debut in Camp Rock (and the oft-forgotten sitcom JONAS) to more recent films like Jumanji: The Next Level and Chaos Walking. He even dressed as an Oscar statuette in a shiny gold suit to announce the noms; if that isn’t enough for the job, then honestly, what is?