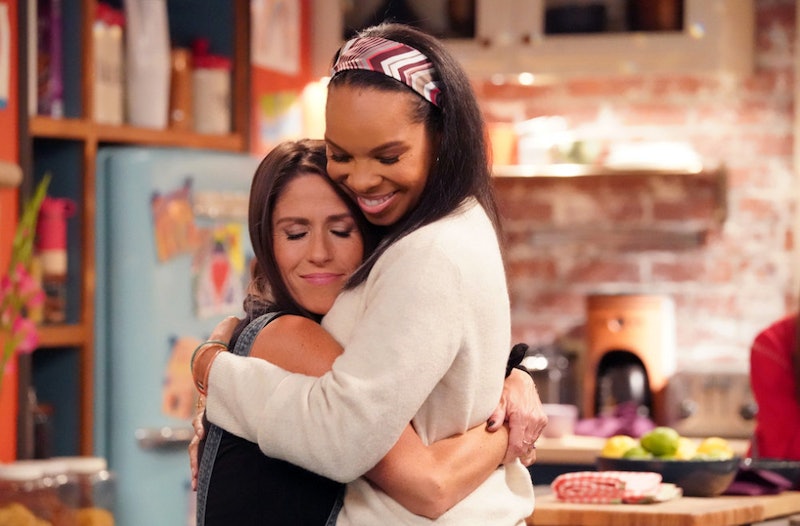 Punky Power is back. Almost 35 years later, the pigtailed Punky Brewster is coming to Peacock, not as a remake, but a reboot that imagines 6-year-old Punky in the future. Now, she’s a single mom to her three kids, trying to put her life back together after what seems from the trailer to be the most amicable divorce in the history of humankind. And holy macanoli, the new cast is sure to satisfy fans of the original.

Reprising the role of Punky is Soleil Moon Frye, minus the pigtails but still rocking the mismatched sneakers and overalls. Also still hanging around is Punky’s best friend Cherie, played by original cast member Cherie Johnson, because honestly you can’t remake Punky without Cherie by her side. Grown-up Cherie is a social worker, responsible for finding homes for kids just like the orphan she found hiding in a vacant apartment in her building three decades ago. And Cherie's is not the last face that will be familiar to '80s kids. Ami Foster will put in a guest-starring turn as spoiled brat Margaux, who grew up to be a Chicago PR exec. The trailer also features a yellow lab, who I rationally understand can't possibly be Brandon because that would be far too old for a dog, and yet...

Onto the new. Freddie Prinze Jr., who was only 8 years old when the original hit TV, is going to play Travis, the man who somehow let the adorable Punky Brewster slip through his fingers. He’s still very much on the scene, though, and trying to be a good co-parent to the couple’s kids Hannah, Diego, and Daniel, all played by relative newcomers.

Lastly, there’s Izzy. Amid the chaos of reconstituting her life, Punky decides to take in a young girl in the foster system with a swagger reminiscent of Punky herself, just like Henry did for her. Izzy is played by 8-year-old Quinn Copeland in her first live-action TV role.

But maybe the most important recurring character is Punky's adoptive father Henry’s apartment, where Punky, a photographer just like he was, is raising the next generation to say "grossaroo."

More like this
Netflix Reveals First Look At Wednesday In The 'Addams Family' Spinoff Series
By Bustle Editors
The New 'National Treasure' Series Trailer Teases The Return Of A Popular Character
By Grace Wehniainen
What Does Nancy Jo Sales Think Of 'The Real Bling Ring'?
By Arya Roshanian
The 'Reasonable Doubt' Cast Includes A 'Save The Last Dance' Reunion
By Grace Wehniainen
Get Even More From Bustle — Sign Up For The Newsletter