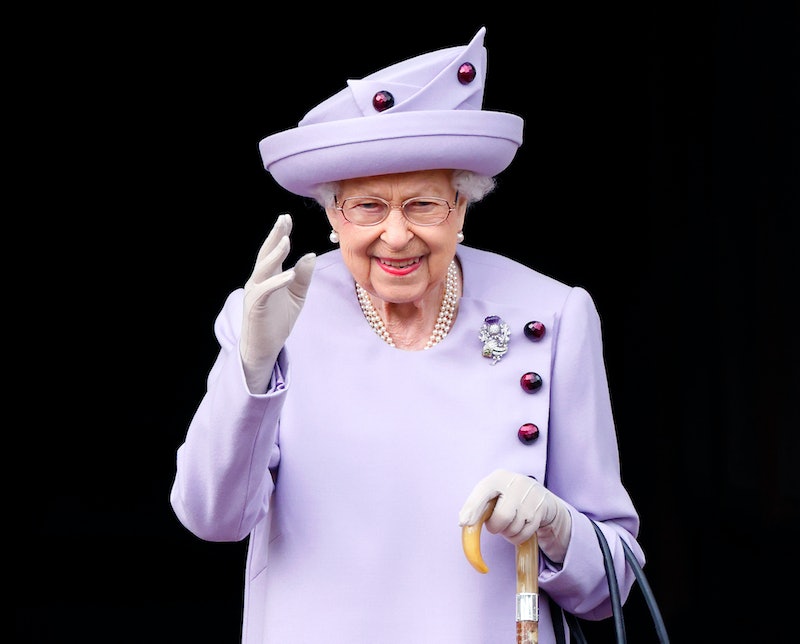 The nation is in mourning following Queen Elizabeth II’s death on Sept. 8. Having travelled to Balmoral to be by his mother’s side at the end, King Charles III returned to London on Friday, Sept. 9 to set plans in motion for what happens next. Operation London Bridge has been in effect since Her Majesty’s passing. The meticulous course of action oversees everything that happens from the monarch’s time of death to her funeral at Westminster Abbey, including when the service will be held, and what that day will mean for the general public. Read on for everything we know so far about the state funeral plans and the accompanying bank holiday.

Under normal circumstances, the day of the Queen’s death would be considered D-Day, ticking upwards each day until the royal funeral around the 10-day mark. But because the official announcement of her death arrived in the evening — at 6:30 p.m. local time — plans for D-Day were shifted to Friday, Sept. 9. In total, the UK was scheduled to have 10 days of national mourning.

On Sept. 12, by the adjusted schedule, the Queen’s coffin was carried up the Royal Mile in a procession to St. Giles’ Cathedral in Edinburgh. The Queen then lied in state in Westminster Hall for four days, allowing heads of state, dignitaries, and the public to pay their respects. The Queen’s state funeral was held on D+10, Monday, Sept. 19, at 11 a.m. local time at Westminster Abbey. As announced by Buckingham Palace, there will be a procession from the Abbey to Wellington Arch after the state funeral. The entire service will be televised, and there will be a national two minutes of silence observed.

On the same day, the Queen’s coffin will be interred in St. George’s Chapel at Windsor Castle, where the Queen Mother and King George VI are also buried. The coffin of the Queen’s late husband, Prince Philip, will be moved from the Royal Vault to join the Queen’s.

Who Will Be In Attendance?

The Queen’s immediate family, wider relatives, close friends, and former staff were in attendance. The procession from Westminster Hall to Westminster Abbey saw King Charles III walk beside the Prince of Wales and the Duke of Sussex, followed by the Princess Royal, the Duke of York, and the Earl of Sussex.

As they entered Westminster Abbey, they were joined by the Queen Consort, Sir Timothy Laurence, the Countess of Wessex, the Princess of Wales, Prince George and Princess Charlotte, the Duchess of Sussex, Peter Phillips, the Duke of Gloucester, Prince Michael of Kent, and the Duke of Kent. They then joined other members of the royal family including Princess Beatrice and Princess Eugenie, the Duchess of York, Lady Louise Windsor and James, Viscount Severn, alongside Zara and Mike Tindall, the Queen Consort’s son Tom Parker Bowles, and the Princess of Wales’ parents Carole and Michael Middleton.

Of the 2,000 people in the congregation, 200 were everyday honorees who were honored “for various forms of public service” as part of the Queen’s official birthday celebrations this year, per The New York Times.

How To Watch The Queen’s Funeral

The Queen’s state funeral and committal service is being broadcast live on TV and radio in the UK. There’s also a livestream on The Royal Family’s YouTube channel for vieweres around the world.

Is The Queen’s Funeral A Bank Holiday?

The Queen’s funeral is indeed a public holiday, to mark the final day of national mourning. Retailers and other services have been closed in a mark of respect for Her Majesty, with some remaining open with altered opening times.

More like this
The David Beckham Qatar Controversy, Explained
By Sophie McEvoy
How Princess Anne Broke The Rules Of Royal Divorce
By Sophie McEvoy
Kate Middleton Shares The Key To Building A "Happier Society" In A New Op-Ed
By Stephanie Topacio Long
Mollie King & Stuart Broad Just Shared The First Pic Of Their Baby
By Sophie McEvoy
Get The Very Best Of Bustle/UK