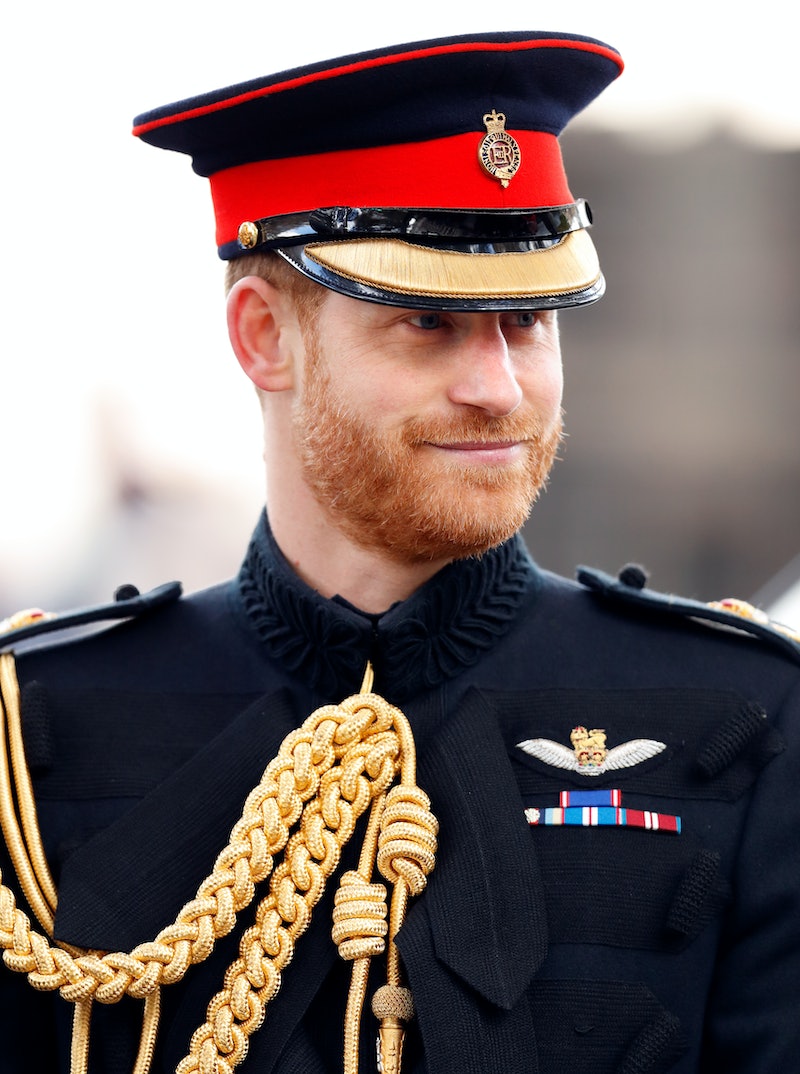 The newly-proclaimed King Charles III declared a state of mourning for the royal family following Her Majesty’s death, which will extend for a week after Queen Elizabeth II’s funeral on Monday, Sept. 19. It was previously confirmed that working royals including King Charles, Prince William, Princess Anne, and Prince Edward will wear their military uniforms during the funeral and the various ceremonies which come before. Meanwhile, the non-working royals were expected to wear plain clothing throughout the mourning period. Since Prince Harry and Prince Andrew are no longer working royals, according to protocol, they would not be permitted to wear their uniforms.

However, earlier this week, it was reported that an exception had been made for Prince Andrew to wear his military uniform at the Queen’s final vigil, out of a “special mark of respect,” per The Independent. But this courtesy wasn’t extended to Prince Harry, who served in the army and was deployed to Afghanistan. A spokesperson for the royal previously confirmed to HuffPost that “the Duke of Sussex will wear a morning suit throughout events honouring his grandmother.”

They added: “His decade of military service is not determined by the uniform he wears and we respectfully ask that focus remain on the life and legacy of Her Majesty Queen Elizabeth II.”

Unsurprisingly, there was a strong public backlash against the decision that Andrew would be able to wear his uniform for the vigil and Harry would have to wear plain clothing. Now, Buckingham Palace officials have reportedly made a “dramatic U-turn.” As per the Mirror, Prince Harry will be able to wear his military uniform for a lying-in-state vigil at Westminster Hall on Sept. 17. Bustle has contacted representatives of Buckingham Palace and the Duke of Sussex for comment.

William and Harry, both dressed in their military colours, will reportedly be joined by their six cousins, with all eight of the Queen’s grandchildren expected to stand together next to Her Majesty’s coffin. They will observe a 15-minute silence for the vigil.

“It was a ludicrous situation, given the Duke of Sussex has served his country and is a highly respected member of the armed forces with everything he has done for veterans,” a royal insider told the Mirror of the Palace’s initial decision. “It is important that the Queen's grandchildren are all made to feel welcome and comfortable as they grieve their beloved grandmother together.”

When Prince Harry stepped down as a working royal, he lost his honorary military titles, including Captain General of the Royal Marines. In his moving tribute to his “granny,” he mentioned special memories of the Queen attending his passing out parade when he became an officer in the British army.

Meanwhile, Prince Andrew lost his royal titles after his friendship with convicted sex offender Jeffrey Epstein came to light and caused a public uproar. More recently, he was also involved in a civil sexual assault case filed by Virginia Giuffre — of which he denies all claims to — and paid out a reported £12 million in a settlement. As a result, the Queen stripped him of his titles in January 2022.

Previously, Prince Andrew served in the Falklands War and was a Royal Navy officer, retaining his rank as a Vice Admiral. The Queen addressed this question of military uniforms at Prince Philip’s funeral by changing the funeral dress code to all-black clothing for all members of the royal family.

This article was originally published on Sep. 14, 2022