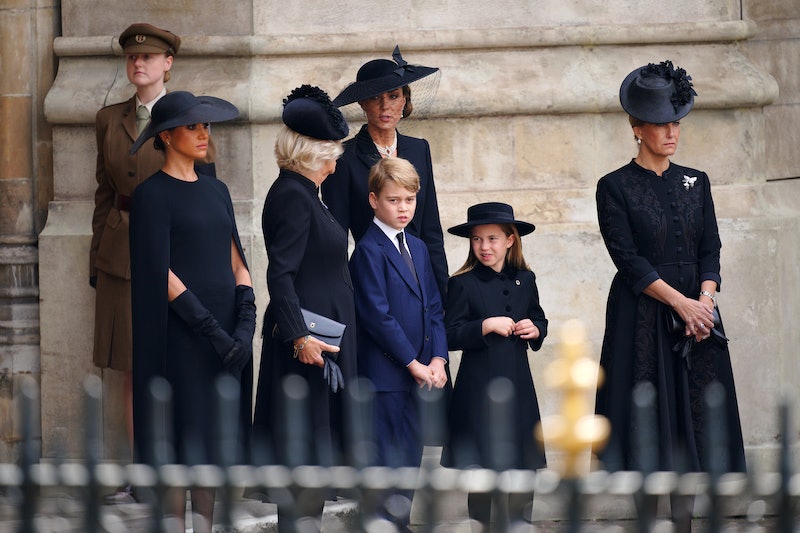 Following the 10-day mourning period, the nation has said farewell to its longest-reigning monarch at Queen Elizabeth II’s funeral. The televised ceremony brought in viewers from across the globe, and many have taken to Twitter as they process their emotions about the momentous occasion. King Charles III led the congregation as chief mourner, accompanied by his wife, Camilla, Queen Consort. Also in the front pew, Prince William and Kate Middleton brought along their eldest children, Prince George, 9, and Princess Charlotte, 7. Meanwhile, Prince Harry and Meghan Markle could be seen sitting directly behind King Charles.

First crowned 70 years ago, Queen Elizabeth II lived through a staggering amount of history. Her 1953 coronation was the first ceremony of its kind to be shown on TV. In total, Her Majesty welcomed in 15 prime ministers during her time on the throne. Though she was an intensely private person, she also helped to pioneer the kind of monarchy we’re familiar with today, delivering televised messages to camera every Christmas and encouraging her family to get involved with charity work and public engagements.

The Queen will be laid to rest next to her late husband, Prince Philip, following the sombre service at Westminster Abbey, led by the Dean of Westminster, Dr. David Hoyle. The Archbishop of Canterbury also delivered a sermon at the final farewell.

The funeral took place in the same grand building where the Queen was first crowned, and the history of the location has struck a chord with many. See a selection of Twitter’s initial reactions to the moving ceremony, below.