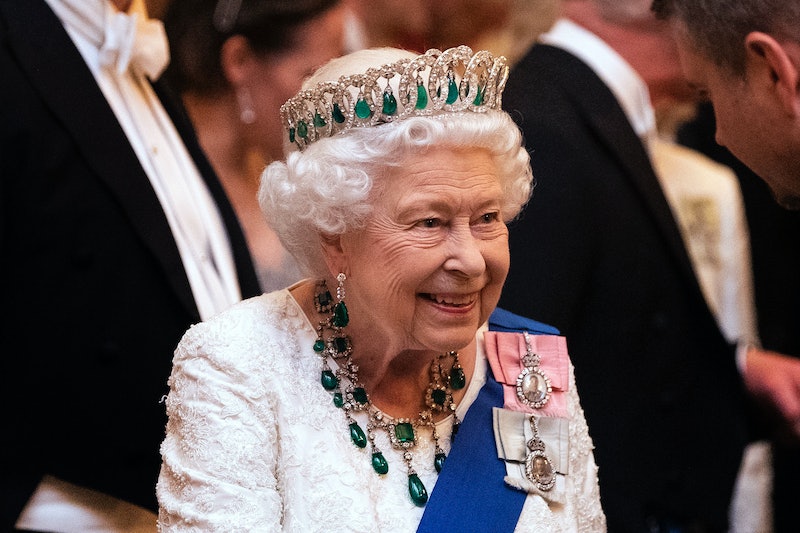 The Queen famously has two birthdays – her official birthday, and her actual birthday – but she only has one anniversary for ascending the throne. Technically, she also has a coronation anniversary. But this Feb. 6 marks 69 years since Queen Elizabeth II ascended to the throne.

In 1952, Elizabeth was just 25 years old when she became Queen, following the death of her father King George VI. She was actually in Kenya at the time, with Philip, as she was told that her father had passed away, and that she would take on the role of the nation's new monarch. The couple returned home at once, cancelling the remainder of their tour, which had originally included New Zealand and Australia.

Feb. 6, therefore, marks the Queen's accession to the throne. Per the Royal family's website, accession describes “the event of a new Sovereign taking the throne upon the death of the previous King or Queen.”

Her coronation took place the following year, on June 2, 1953 at Westminster Abbey. The ceremony was performed by the Archbishop of Canterbury, as is tradition. In 2022, that date will be marked with an extra bank holiday and the Queen's Platinum Jubilee celebrations.

Per the Independent, the Feb. 6 anniversary is "bittersweet for the British monarch as while it commemorates another year of her reign and the day she became Queen, it also marks the anniversary of her father King George VI’s death."

So how will the Queen mark this major milestone? Ongoing lockdown and coronavirus restrictions mean a public event will not be possible, but Her Majesty has traditionally not celebrated this anniversary publicly, favouring instead to remember her father in private instead.

In a "normal" (read: non-COVID) year, the Queen would remain at her Sandringham estate, where she usually celebrates Christmas, until after the anniversary of her father's death. However, this year, The Queen and Prince Philip were forced to stay at Windsor Castle throughout the Christmas break – and during the entire coronavirus outbreak, in fact. Buckingham Palace has also cancel a number of traditional events, such as her annual garden parties, though plans for her 95th birthday and Prince Philip's 100th in June, remain in place. Per Hello!, she had reportedly invited President Joe Biden for a visit at Buckingham Palace, which would make it her first major diplomatic event since lockdown.

More like this
The Queen’s Cause Of Death May Not Be Formally Announced
By Shahed Ezaydi and Catharina Cheung
Princess Charlotte Proved She's Wise Beyond Her Years At The Queen's Funeral
By El Hunt
Will Archie & Lilibet Attend The Queen's Funeral?
By Sam Ramsden
King Charles Ensured These Subtle Tributes Were Included In Queen Elizabeth’s Funeral Wreath
By Sophie McEvoy
Get The Very Best Of Bustle/UK