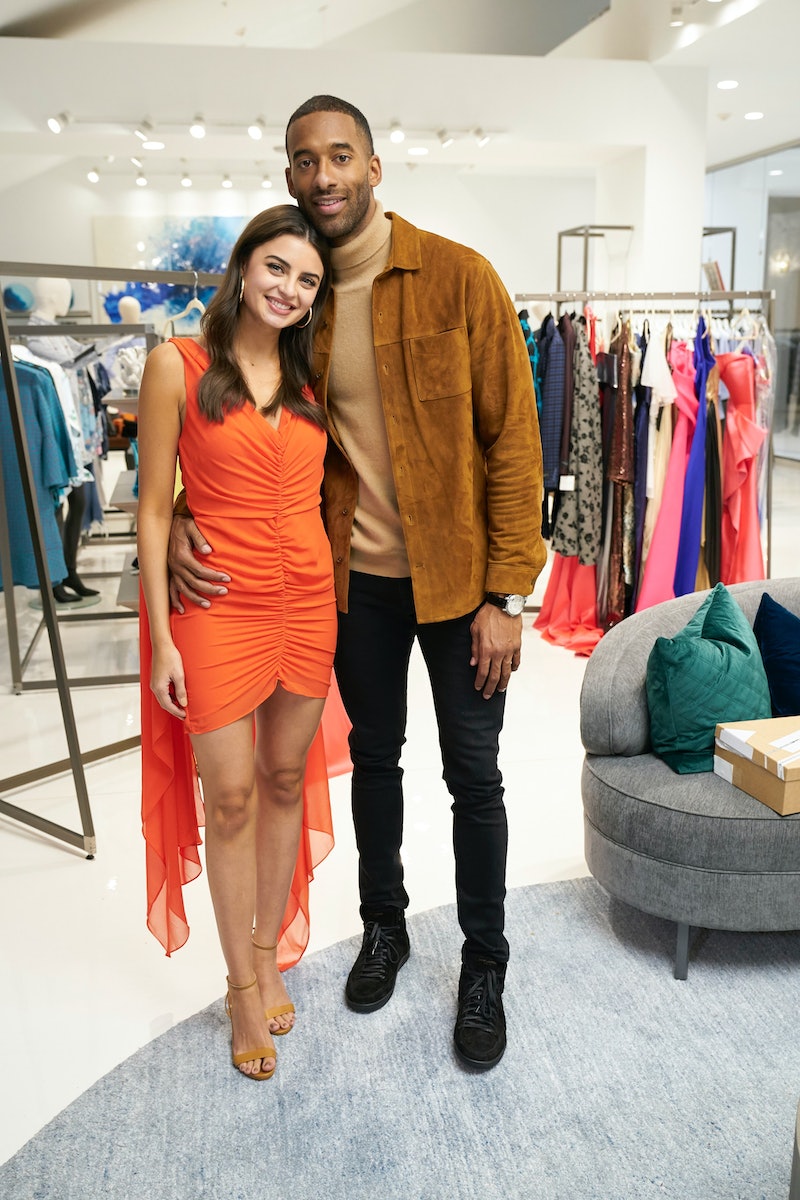 Matt James' season of The Bachelor might be coming to a close, but contestant Rachael Kirkconnell is not done talking about her racism controversy quite yet, which came to a head when photos surfaced of her at an antebellum plantation-themed party in 2018. On Thursday, Feb. 25, the 24-year-old took to Instagram not only to double down on her apology from a few weeks ago, but to ask people to stop defending her past racist behavior because, ultimately, she was in the wrong.

"If you are in my comments or defending me anywhere, telling people that I did nothing wrong, that there's nothing to be hurt about, there's nothing to be angry about or offended about, please stop," she said in the nearly 8-minute-long video. "That's not our place to tell people what they can or can't be offended about. That's wrong and that's part of the problem, so please stop saying that I did nothing wrong. That's not true." She also urged her followers to encourage her to do better rather than jump through hoops to try and defend her.

"At the end of the day, it's a humanitarian issue," she continued. "It's how we treat others around us and it's us learning what we can do to see these unconscious biases and this embedded racism that this country has and learning how we can help the people of color around us, our Black family, our Black friends, neighbors, teammates, coworkers, everyone. Again, thank you for holding me accountable. I'm so sorry."

Elsewhere in the video, Rachael explained that she didn't speak up sooner because she didn't want her actions to be perceived as insincere. "I've been hesitant to post links and books and any resources because I don't want people thinking that it's performative and that it's not something that I truly stand by," she said. However, the more she thought about it, the more she realized that not sharing those resources wasn't helping anyone.

"This entire movement and where we are in this country, it's just so much bigger than this and I want and need to use my privilege and my platform ... to shine a light on these issues and try and do what I can to take a step in the right direction," she continued. Rachael closed out her statement by promising to share the resources she found most helpful as well as the ones that were recommended to her.

The frontrunner's latest video came just a few weeks after she took to Instagram with a written apology. "At one point, I didn't recognize how offensive and racist my actions were, but that doesn't excuse them," she wrote in the Feb. 11 post, nodding to the resurfaced photos from the plantation party as well as other images of her dressed up in a Native American costume that appeared on Reddit. The day prior, host Chris Harrison posted on Instagram to apologize for defending Rachael in a recent interview with Extra, where he asked the public to give her "a little grace, a little understanding, a little compassion."

A few days after apologizing for causing harm "by speaking in a manner that perpetuates racism," the host returned to the platform on Feb. 13 to announce that he's taking a step back from the franchise for an unspecified amount of time. "This historic season of The Bachelor should not be marred or overshadowed by my mistakes or diminished by my actions," he wrote. "... I want to ensure our cast and crew members, to my friends, colleagues and our fans: this is not just a moment, but a commitment to much greater understanding that I will actively make every day."