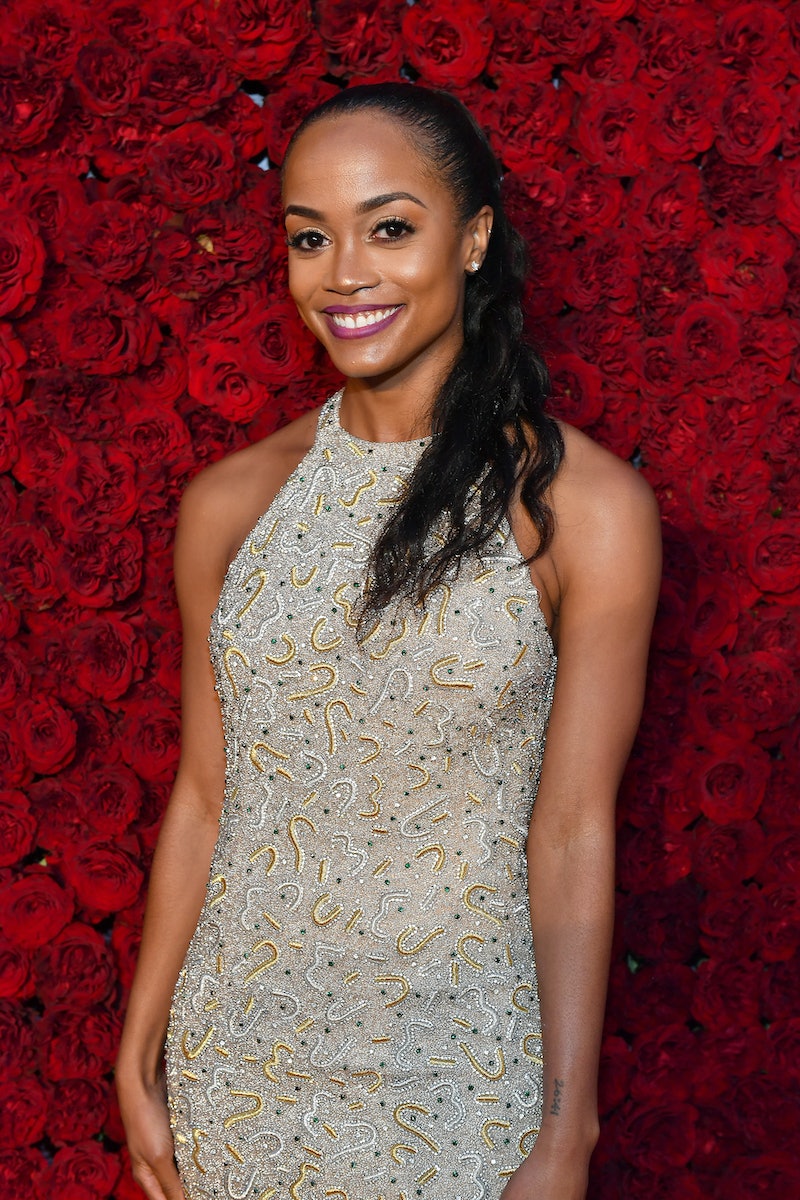 Rachel Lindsay is reacting to The Bachelor finale, during which Matt James gave his final rose to Rachael Kirkconnell, but decided to hold off on proposing. During James’ After the Final Rose special, though, he revealed that he split up with Kirkconnell after photos of her attending an antebellum-themed plantation party and dressed in Native American costume (taken on separate occasions in 2018) went viral in February 2020.

During a March 16 chat on Extra, fellow correspondent Billy Bush asked Lindsay whether James decided to break up with Kirkconnell due to his own “personal conviction” or bowed to public pressure in the midst of the scandal. “I think it's both, and I think it's hard for us to give an opinion as to what Matt should do or how he should navigate his relationship with Rachael,” she responded. “I think it's just a personal decision.”

After the photos resurfaced online, host Chris Harrison defended Kirkconnell to Lindsay, the first Black Bachelorette, during an Extra interview. His comments lead to swift backlash and Harrison’s eventual decision to step away from the franchise for an unspecified amount of time. Kirkconnell later apologized for her own “racist and offensive” actions — but it was too little, too late for James. The Bachelor told After the Final Rose host Emmanuel Acho that he broke up with Kirkconnell after she apologized publicly, saying that he “questioned everything” after finding out the photos were real. “When she spoke out and she acknowledged and apologized for everything, that’s when I was able to take a check on myself,” he explained. “And I wasn’t OK. It was in that moment and in the conversation that I realized Rachael might not realize what it means to be Black in America.”

Despite the public fall-out, Lindsay said that she’s not too worried about Kirkconnell, provided that she does the work she has committed to doing. “I hope that the finale gave her the closure that she needed,” she said. “I think she's going to be fine.” As for James, Lindsay said she remains concerned about the Bachelor’s ability to commit, a struggle Bush said may be exacerbated by concerns James’ mom expressed about moving too fast. “That's actually a good diagnosis,” Lindsay said. “I think Matt has some issues that he needs to work through, and he was starting to work them out on this season, but that journey for him isn't over yet. So I think once he can get through that… then he can finally get there.”