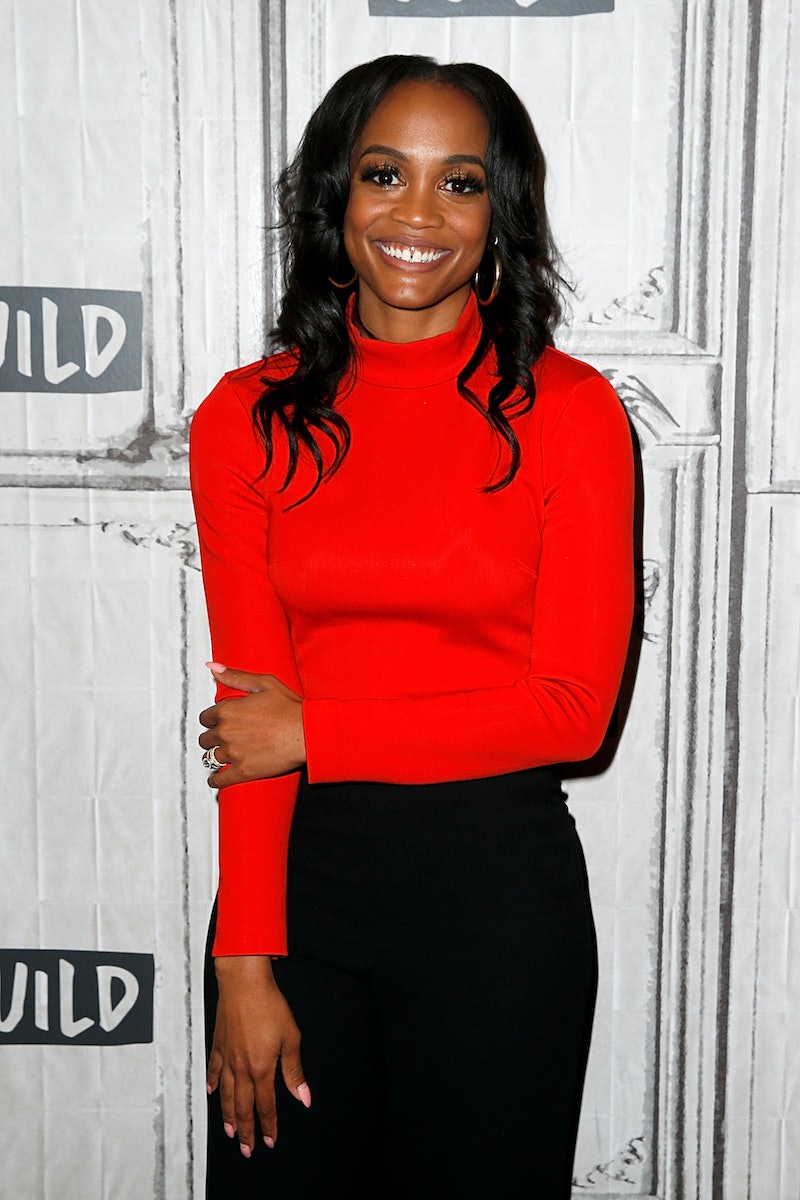 In the days since Matt James’ The Bachelor finale, there have been polarized opinions on whether or not he should’ve split with his final pick, Rachael Kirkconnell. The couple revealed they ended things shortly after photos of her attending an antebellum-themed plantation party went viral in February 2020. Even though Rachael supports Matt’s decision and recognizes that she needs to take time to educate herself, some fans were quick to side with her and harass Matt online. As those comments continued to rush in, former Bachelorette Rachel Lindsay called out Bachelor Nation for criticizing Matt and his breakup.

“It's wild out there, y'all. It's so toxic. Bachelor Nation, y'all are gonna be the reason this show doesn't exist anymore, 'cause you're so damn toxic,” she said on her and Van Lathan's podcast, Higher Learning. “You're gonna be the demise of the show and the reason it's taken down. You're nasty. You're vile. You're harassing Matt for a decision that he made. He supports the girl. He's allowing her to do it on her own. Let's move on.”

Rachel, who temporarily deactivated her Instagram after receiving hateful messages following a controversial interview with Bachelor host Chris Harrison, also took issue with production’s decision to have two Bachelorette seasons. Katie Thurston will lead a season that premieres this summer. Then, Michelle Young will take on the role for the show’s fall premiere, a decision that Lindsay says is a quick fix to a larger racial representation issue in the franchise.

“Listen, it had been rumored for weeks that it was Katie. All of a sudden you want to say, ‘Guess what? Surprise twist! We have two Bachelorettes!’ Come on, y'all,” Rachel told Lathan. “I like Michelle a lot, but this is the problem with the franchise. The answer is not giving us a Black Bachelorette. If you're really trying to fix your issues, that's not it.”

In all, Rachel admitted that she’s “never been more excited for a season to be over with” and that she and Lathan “will not be covering the next season.”

More like this
Everything To Remember About Lace Morris Before 'Bachelor In Paradise' Season 8
By Grace Wehniainen
Here's Exactly When Rachel & Tino's Fight Happened After 'The Bachelorette'
By Grace Wehniainen
‘RHOSLC’ Star Jen Shah’s Arrest & Legal Drama, Explained
By Brad Witter and Jake Viswanath
Where Is Former Bachelor Host Chris Harrison Now & What Is His Net Worth?
By Hugh McIntyre
Get Even More From Bustle — Sign Up For The Newsletter