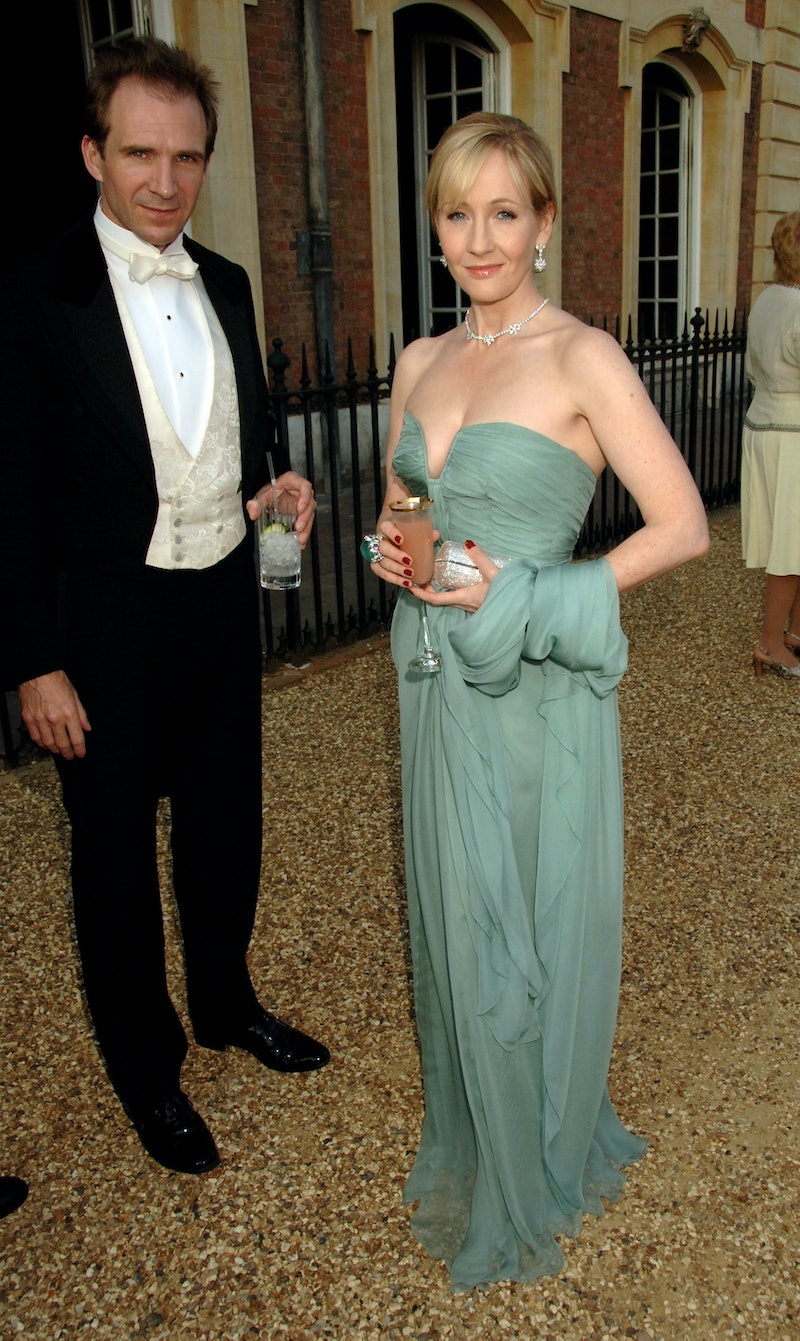 Is anyone surprised that Voldemort is team Rowling? Harry Potter star Ralph Fiennes is defending JK Rowling after the author received enormous backlash for making comments that were widely perceived to be transphobic. In lengthy blog posts on her website, Rowling argued that biological sex should be separate from gender identity, leading critics to call her a TERF (trans exclusionary radical feminist).

“I can’t understand the vitriol directed at her,” Fiennes, who played Harry Potter’s main nemesis Voldemort in the popular film franchise, told The Telegraph in a new interview. “I can understand the heat of an argument, but I find this age of accusation and the need to condemn irrational. I find the level of hatred that people express about views that differ from theirs, and the violence of language towards others, disturbing.”

Rowling, in her June 2020 blog post, had tried to explain her reasons for speaking out on sex and gender issues: “I refuse to bow down to a movement that I believe is doing demonstrable harm in seeking to erode ‘woman’ as a political and biological class and offering cover to predators like few before it.” Rowling also expressed concerns about “natal girls and women,” playing into the wrong idea that people who are transgender are equivalent to predators. “When you throw open the doors of bathrooms and changing rooms to any man who believes or feels he’s a woman,” she wrote, “then you open the door to any and all men who wish to come inside.”

Many Harry Potter stars have spoken out about Rowling’s controversial comments, including leads Daniel Radcliffe, Rupert Grint, and Emma Watson, who all denounced her viewpoints and showed support to transgender communities. “Transgender women are women,” Radcliffe wrote in a blog post for The Trevor Project. “Any statement to the contrary erases the identity and dignity of transgender people and goes against all advice given by professional health care associations who have far more expertise on this subject matter than either Jo or I."

However, some actors in the franchise have also defended the author. Robbie Coltrane, who played the kids’ lovable mentor Rubeus Hagrid, also stood by Rowling, saying her remarks were not “offensive” to him. “I don’t know why but there’s a whole Twitter generation of people who hang around waiting to be offended,” he told Radio Times in September 2020. “They wouldn’t have won the war, would they? That’s me talking like a grumpy old man, but you just think, ‘Oh, get over yourself. Wise up, stand up straight and carry on.’”

Yes, fans must carry on — by supporting transgender communities within the Harry Potter universe.