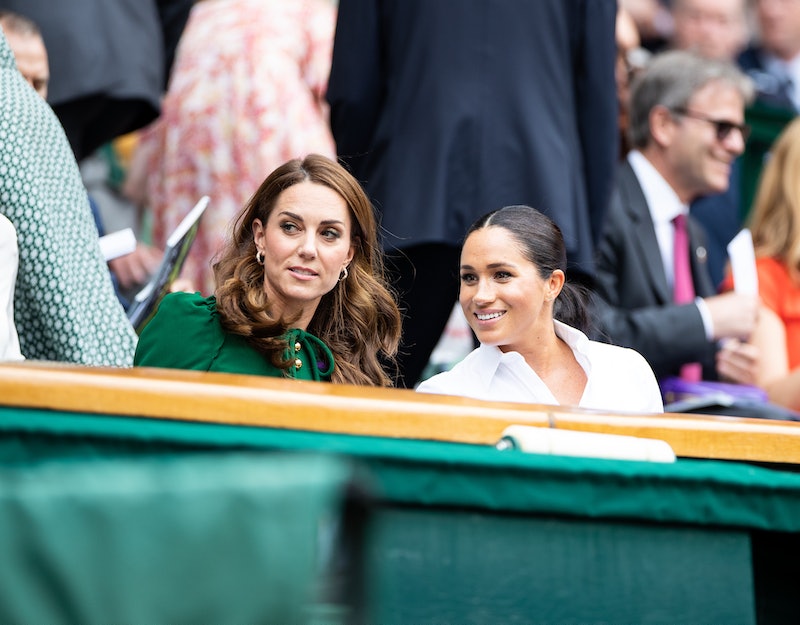 In their revealing sit-down interview with Oprah Winfrey on March 7, Prince Harry and Meghan Markle spoke extensively about the lack of protection they received from the palace regarding salacious stories published about them in the media. Markle opened up about one story in particular that alleged she made Kate Middleton cry during an argument about flower girl dresses ahead of her and Prince Harry’s May 2018 wedding. According to Markle, it was actually Middleton who made her cry. She alleged that while her sister-in-law apologized with “flowers and a note,” the palace refused to issue a press statement correcting the rumor. In a report published by Harper’s Bazaar on March 10, Markle’s alleged email requesting to have the story refuted was revealed.

According to royal reporter Omid Scobie’s account, in January 2020, Kensington Palace asked Prince Harry to issue a statement denying an article that claimed Prince William “constantly bullied” him and Markle ahead of their royal exit. Scobie cited an unidentified source who claimed Markle then sent an email to an aide that read: “Well, if we’re just throwing any statement out there now, then perhaps KP can finally set the record straight about me [not making Kate cry].” Her request was allegedly ignored, with the palace informing her that Middleton shouldn’t engage with petty gossip.

During the couple’s interview with Winfrey, Markle spoke about how the media often framed stories about her differently than stories about Middleton or other royal family members. “If members of his family say, ‘Well, this is what happened to all of us’ or if they can compare what the experience that I went through was similar to what has been shared with us — Kate was called ‘Waity Katie,’ waiting to marry William,” she said. “While I imagine that was really hard — and I do, I can’t picture what that felt like — this is not the same.”

Markle went on to point out that “rude and racist aren’t the same.” She continued, “And equally, you’ve also had a press team that goes on the record to defend you, especially when they know some things are not true. And that didn’t happen for us.”

On March 9, Buckingham Palace issued a statement on behalf of the queen in response to the couple’s explosive interview. “The whole family is saddened to learn the full extent of how challenging the last few years have been for Harry and Meghan,” read the statement. “The issues raised, particularly that of race, are concerning. While some recollections may vary, they are taken very seriously and will be addressed by the family privately. Harry, Meghan and Archie will always be much loved family members.”