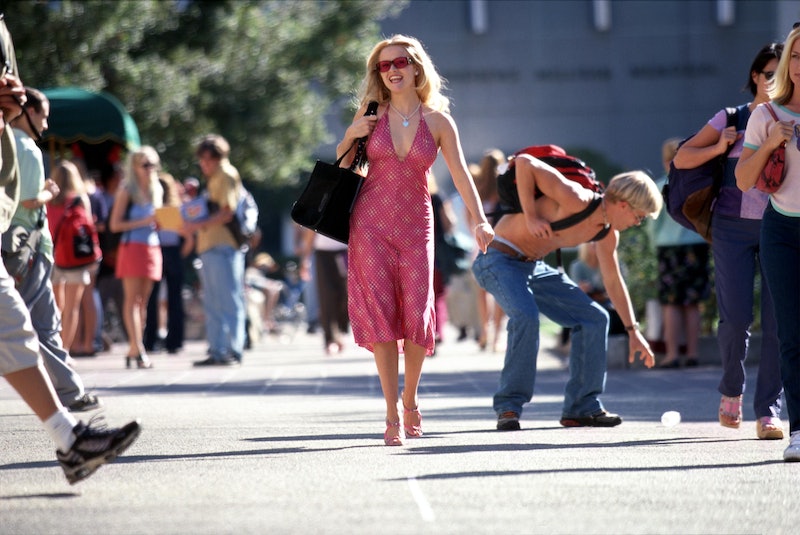 Reese Witherspoon is still set on becoming Elle Woods at least one more time. On July 29, the Legally Blonde star gave fans hope that the highly anticipated third sequel to her hit 2001 film would finally come to fruition, and a surprising movie provided some newfound inspiration. In a new interview with USA Today, Witherspoon revealed that Top Gun: Maverick gave her some ideas on how to make Legally Blonde just right for the modern age.

“I’m still hoping that Legally Blonde 3 is gonna come together in the right way,” she said. “It’s just like Top Gun. They waited a long time to make another version of that movie, and I loved the nostalgia piece they incorporated in it. So definitely that gave us a lot of inspiration about what we would want to do with Elle Woods and make sure that we had all those same touchstones that mattered to people [back] then.”

Maverick premiered in May 2022, 36 years after Tom Cruise starred in the original 1986 action film, and immediately became an instant success. Many critics called Maverick even better than its predecessor, and it just reached the billion-dollar mark at the international box office, marking Cruise’s first film to do so.

After years of speculation and demand from fans, Witherspoon finally confirmed in June 2018 that she would reprise her role of Elle Woods in Legally Blonde 3. But since then, the project has undergone some delays and creative changes. In May 2020, it was announced that Mindy Kaling would pen the script with Dan Goor, taking over from original screenwriters Kirsten “Kiwi” Smith and Karen McCullah. That October, MGM Studios announced that Legally Blonde 3 would hit theaters in May 2022, which never came to fruition. However, Kaling did give an update on the script in April, promising that Elle and her nail guru bestie Paulette would have a “juicy story.”

“It is going, you know, a little more slowly than we like but [it's] just because we really want it to be good,” she explained to Entertainment Tonight. “I think of it like Reese's Avengers. Elle Woods is like her Captain America, and so you don't want to be the person that messes up that story.” The film has yet to begin production, but regardless of the timeline, Witherspoon is devoted to making sure that Elle’s next chapter is told correctly. “I feel like these characters are my friends, so I safeguard them,” she told USA Today. “I would never make the subpar, mediocre version of their story.”