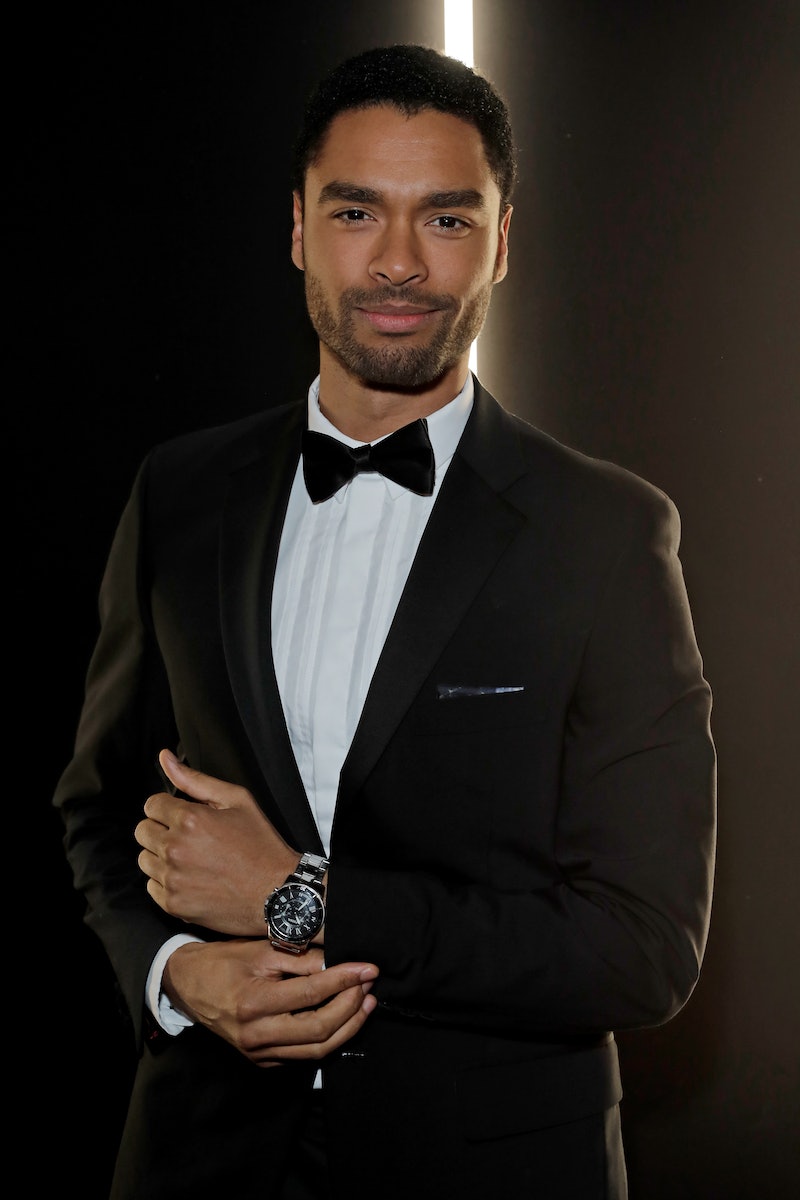 The accolades are still rolling in for the breakout star of Bridgerton. Regé-Jean Page made 2021’s Time100 Next list, and the actor found himself “lost for words” after being recognized as one of the magazine’s “emerging leaders who are shaping the future.” He shared his reaction to the honor on Instagram on Thursday, Feb. 18, alongside the beautiful words Bridgerton executive producer Shonda Rhimes wrote about him for Time.

“Completely lost for words, but thankfully, Shonda always has the best ones,” Page wrote. He sent his thanks to the Shondaland founder, as well as to Time and his fans, then added, “It’s an exciting time.”

“Exciting time” seems like an understatement. Since Bridgerton’s debut in December, it has shattered Netflix viewership records, reaching 82 million households in its first month, as Deadline reported. Page, in particular, has caught the eye of fans and critics alike as Simon Basset, the dashing Duke of Hastings. Already, his performance has earned multiple awards nominations, including for a SAG Award, an NAACP Image Award, and a Satellite Award.

Rhimes made it clear this is only the beginning for Page. In her Time100 Next blurb about him, she described him as “finer than fiction and better than any dream.” Based on what she saw from him on Bridgerton, she sees “limitless” potential.

“He is that rare actor, one who brings an intensity, an intelligence and a precision to his work, providing endless depth to any scene,” Rhimes wrote of Page in part. “His disappearance into character builds a vibrant world for us to enter, making it impossible to imagine any other actor playing the role. Few actors craft their moments so beautifully—or steal our attention so quickly.”

That he’ll be busy after Bridgerton already seems guaranteed. Page is set to star in a Dungeons and Dragons movie alongside established actors Chris Pine, Michelle Rodriguez, and Justice Smith, per The Hollywood Reporter. On top of that, he’s been tapped to host Saturday Night Live for the first time, an episode that will air on Feb. 20. There have even been calls from fans for Page to take over as the next James Bond, though he doesn’t seem to take them seriously.

“If you’re a Brit, and you do something of any kind of renown that people regard well, then people start saying the ‘B’ word,” Page said during a Tonight Show interview. “It’s like a merit badge. You get the ‘B’ word merit badge. But I don’t think that it’s much more than that.”

Luckily, despite all of the opportunities awaiting Page, there’s still a place for him in Bridgerton Season 2 if he wants it. Show creator Chris Van Dusen has been clear about wanting to bring back Page and his onscreen leading lady, Phoebe Dynevor, who plays Daphne.