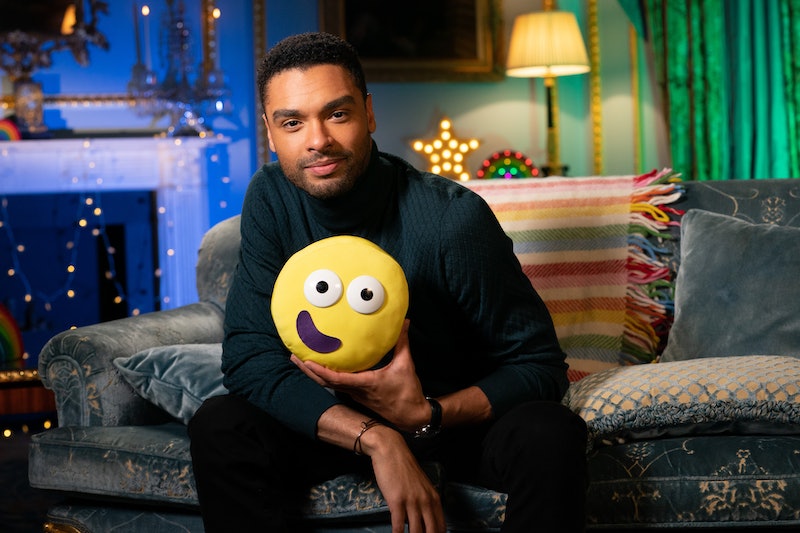 CBeebies are celebrating Mothers Day with a gift for hard-working mums everywhere: Regé-Jean Page is making his CBeebies Bedtime Story debut on March 14 and if you’ve been missing the Duke’s dulcet tones, you’re in luck. He’s joining a star-studded round up of new celebrities and old fan favourites who will be reading stories aloud before bed.

CBeebies’ Bedtime Story might be for small children but this one is definitely for the parents out there, too. Since he starred in Bridgerton, he’s hosted Saturday Night Live, featured on the front cover of numerous magazines, and been the topic of Whatsapp group chats across the land. His latest venture will see him settle down to read Rain Before Rainbows by Smriti Halls and David Litchfield on CBeebies.

Page’s story touches on tough times and feels particularly pertinent for life at the moment. It follows a girl and her friend, a fox. They journey through a place of darkness and despair but know that they’ll soon reach colour and life. The moral is that, no matter how thick the midst of rain is, there is a rainbow on the other side.

I think Page reading me reassuring stories would be a unique form of self care right now. Bring on March 14, is all I can say.

The actor will be joined by singer Rag‘n’Bone Man, who will be reading a story on March 15. As a new dad, he will be telling a story about a dad in a band who is no longer cool. He turns to his kid for support.

And Tom Hardy is also making a return to Bedtime Story to read Somebody Swallowed Stanley by Sarah Roberts and Hannah Peck. Hardy pretty much broke the internet with his last appearance on the show.

Actor Felicity Jones is set to read a story too and then the week will be rounded off with a Comic Relief Special.

More like this
TV Schedules Undergo Major Changes For The Queen's Funeral
By Sam Ramsden
Nazanin Boniadi Was A Healer Long Before 'The Rings Of Power'
By Olivia-Anne Cleary
Harry Lawtey Is Weighing Up The Price Of Success
By Olivia-Anne Cleary
How A Location Blunder Changed The Outcome Of 'The Capture' S2.
By Darshita Goyal
Get The Very Best Of Bustle/UK