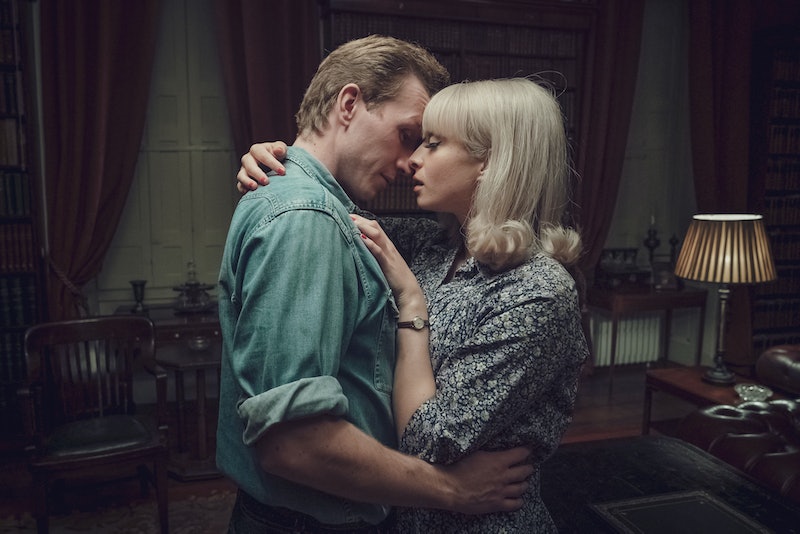 Adapted from Jo Bloom’s debut novel, the BBC’s latest drama takes place in London in the ‘60s. Through it’s main character, 20-year-old hairdresser Vivien Epstein, it highlights the struggles faced by the Jewish community following a rise in fascist and neo-Nazi propaganda.

Originally published in 2015, the book follows Vivien as she as she makes the move from Manchester to London’s East End following the death of her father as she tries to find Jack Fox – an ex-lover she had “a brief but intense” relationship with months prior.

When she eventually finds him, she discovers he’s part of the 62 Group – a coalition of Jewish men fighting against the resurgence of fascism and Neo-Nazism following World War II. Vivien soon finds herself as an invaluable asset to the group, as she’s able to go undercover into a world that tends “to underestimate or dismiss women” as the Financial Times notes. Donning a platinum blonde wig, she infiltrates the English neo-Nazi group as they follow the teachings of Colin Jordan, a real-life leader in the far-right movement, per The Sun. But how does Ridley Road end?

Despite being set in such a tumultuous time in British history, Ridley Road’s story is anchored by the love between Jack and Vivien. Their rekindled romance is bleak at the best of times as the Bookaholic Confessions review blog notes. But through everything that takes place, Ridley Road thankfully ends on a happy, optimistic note with Jack proposing to Vivien.

Written and adapted for television by Sarah Solemani, the series follows in the book’s footsteps by showcasing Britain’s relationship with fascism which “is closer and more alive than we like to think,” as Solemani told the BBC. “Luckily, so is our rich heritage of fighting it,” she added. “Jo Bloom’s gripping book revealed a darker side of sixties London and the staggering contribution the Jewish community made in the battle against racism.”

And by the looks of the series trailer, the thread of romance in Ridley Road is intense to say the lease thanks to the chemistry between Agnes O’Casey and Tom Vary as Vivien and Jack. The romance, which Empire describes as being “deliciously orchestrated” courtesy of the show’s leads, it’s safe to say that the adaptation of Ridley Road is headed in the right direction.

Ridley Road begins on Sunday, October 3 at 9 p.m. on BBC One.