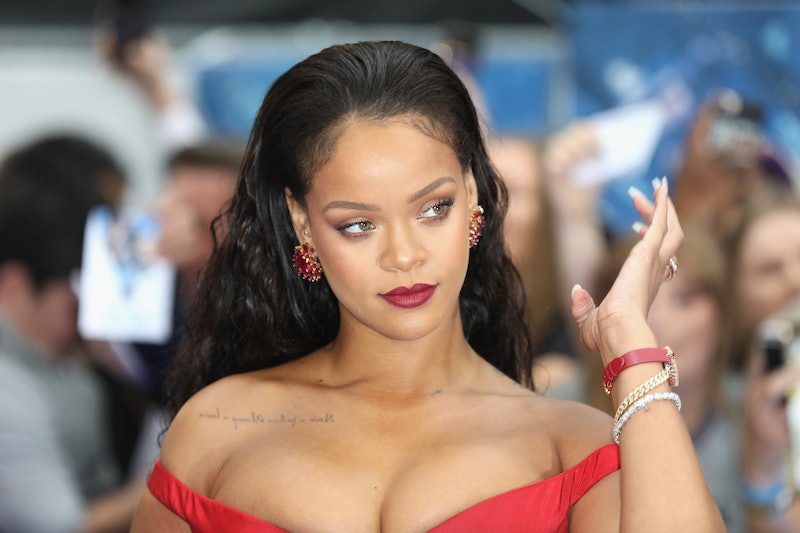 On July 1 night, stunned locals in South East London couldn’t quite believe their eyes when Rihanna and A$AP Rocky unexpectedly rocked up at Crystal Palace barbershop. Yes, really. The barbershop in question? Crystal Palace’s Star Fades. The pop icon was in town with A$AP Rocky ahead of his headline slot at Wireless Festival – their first official outing since they welcomed their baby in May – but not before the couple popped over to the London barbershop for to get A$AP a fresh pre-gig trim.

Following the couple’s surprise visit to Star Fades, owner Nigel told BBC 1Xtra that he was playing music and dancing after work at around 9:20 p.m. when he saw a black van with tinted windows pull up outside his shop. A$AP Rocky and Rihanna were apparently driving up Anerley Hill when they spotted his after-work drinks in the closed barbers – and decided they wanted to join in the impromptu party.

The following day, Rihanna popped up again at Crystal Palace Park, this time for Wireless Festival, and casually strolled through the photo-pit in front of the stage ahead of watching A$AP’s headline show. According to reports in the Sun, the couple later celebrated with a cheeky Nando’s, and an anonymous source claims that they ordered: “a gigantic Nando’s feast of 400 wings, 4 take-away bags filled with peri chips, [and] 2 trays of chicken wraps” to mark the occasion.

“Organisers were running around to get her a chicken feast fit for a queen, and reportedly personalised the with her very own bespoke sauces made for her,” the Sun sources claim. Riri thought it they were hilarious with names like “Periri”, “A$AP Rocky is X Hot”, and “Mini Rocky Ri” as a nod to their child. Legendary behaviour.

More like this
The Controversy Around Beyoncé's “ENERGY”, Explained
By Frances Stewart
13 Photos Of Princess Charlotte Loving The Commonwealth Games
By Sam Rogers
60 Empowering 'Renaissance' Lyrics That Make Perfect Instagram Captions
By Catharina Cheung
Lewis Hamilton Turned Down A Role In 'Top Gun: Maverick' For This Surprising Reason
By Darshita Goyal
Get The Very Best Of Bustle/UK