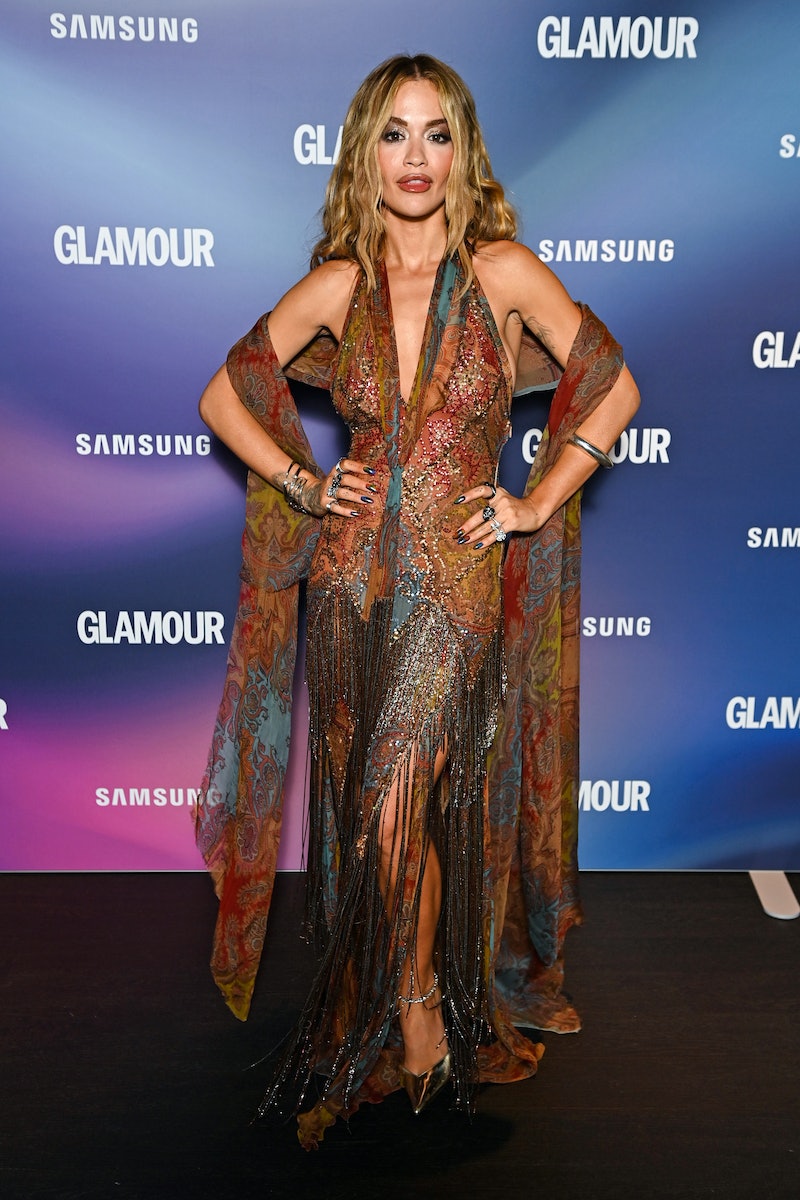 Over the last decade, the talented Rita Ora has amassed a widespread fan base as a singer, actor, and reality TV judge. Back in 2012, her namesake debut album topped the charts in the UK and her stardom has only grown since. As an actor, she’s appeared in the Fifty Shades franchise and Twist, and Ora will also star in Disney’s Beauty & The Beast prequel series.

While there were rumours that Ora was worth $121 million due to a website claiming she owned businesses such as Fat Ora Burger and a football team called Pristina Angels, the singer went on The Breakfast Club radio show and denied any such connection. But surely, her genuinely lucrative career is bound to have raked in the big bucks? Read on to find out about Ora’s net worth.

Ora rose to prominence in the early 2010s first with her debut single “Hot Right Now” and subsequently with her debut album, Ora. She went on an illustrious tour in the wake of her record’s success.

In 2017, she released her second album Phoenix and further solidified her portfolio with notable artist collaborations. The singer paired up with Iggy Azalea on “Black Widow” and Charlie XCX on “Doing It,” both went on to become popular tracks. In fact, 13 of Ora’s singles over the years have reached the top 10, setting a chart record for the most top 10 singles by a British female artist.

The singer also helms Ora Live and Ora Multi Services, the businesses that handle her music career. Most recently, the artist has teased a possible third album coming out in 2023 on her Instagram, “4 years since Phoenix came out?! Wow. Thank you for still being here with me on this journey. Who’s ready for the next chapter? #RO3 // 2023.”

Along with contributing to the soundtrack of The Fifty Shades of Grey trilogy, Ora also played the role of Mia Grey. Similarly, the artist appeared in Pokémon: Detective Pikachu while also creating the background tunes.

Ora has taken on the role of a presenter and judge in numerous reality shows. In 2015, she became the acting coach on The Voice UK and went on to do the same for the Australian series since 2021. She appeared as a judge on ITV’s The X Factor and hosted America’s Next Top Model. And she also served as a judge on ITV hit The Masked Singer. These TV gigs have reportedly brought in millions for the performer.

Ora has an array of established brand collaborations to her name. She reportedly fronted a £10 million campaign for Coca Cola, an augmented reality advert for EE, and DKNY took on the singer as the face of their fragrances for a three-year contract in 2014.

As per Celebrity Net Worth, she also reportedly signed a £500,000 deal to model Madonna’s Material Girl fashion line and also served as a brand ambassador for British makeup brand Rimmel. Marks & Spencer’s, Samsung Galaxy, and Roberto Cavalli are other big names that Ora has worked with over the years.

In 2014, Adidas invited Ora to design clothing, footwear, and accessories in a reported £1.5 million deal, and in 2016, she created a lingerie line for Tezenis. The singer also designed footwear for Giuseppe Zanotti in 2019 and helmed a capsule line for Escada while promoting them.

Ora has invested a sizeable fortune in real estate too. She gifted her North London home to her parents and also bought them a mansion in Kosovo, which was reportedly worth £1.5 million. In 2019, she invested in a West London property to build her own house as well that is thought to be worth over £3 million and is rumoured to neighbour the Beckham family home.

So, What Is Rita Ora’s Net Worth?

As per Celebrity Net Worth, the singer’s many streams of income have raised her net worth to $30 million (around £25 million), and she was even named on The Sunday Times Young Rich List in 2021.

On a recent episode of The Voice Australia, Ora spoke of the difficulties she faced at the start of her career. “I interned at the recording studio when I was 16, just so I could get free studio time, because I couldn't afford to do a demo. It is very expensive,” she said. “I would make people tea and then after everybody left, the producer who owned the studio said: ‘Okay you've got an hour’, and I would run in, and I would record a demo.”