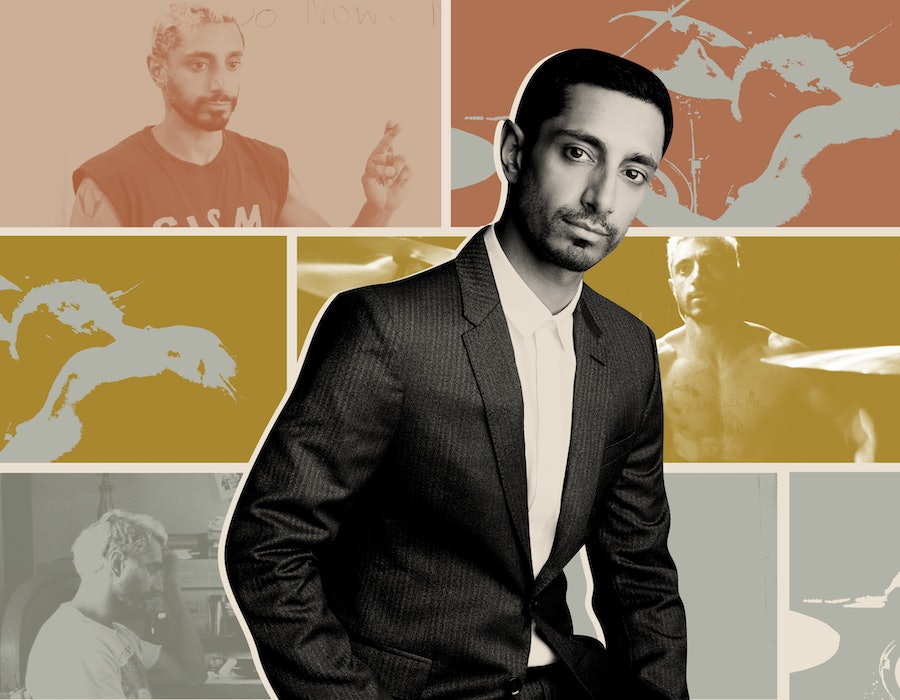 If ever there was a multi-hyphenate, it’s Riz Ahmed. Actor, rapper, activist... he’s been breaking ground and winning awards for over 15 years across performance industries. You might have seen him in Four Lions, The Night Of (for which he became the first Asian man to win the Best Actor Emmy), Rogue One: A Star Wars Story, The OA, Mogul Mowgli – the list goes on. Or maybe you’re here for his music, both of his rap albums are critically acclaimed. The latest, The Long Goodbye, was released in March 2020, and as he wasn’t able to take it on tour it evolved into much more than just the tracks. Ahmed created a digital campaign, with talks and a film addressing the album’s themes of identity, race and belonging; carefully curating his talents into one complete package.

Today, I’m speaking to him about his new film, Sound Of Metal, which has earned him a BAFTA nod. In Sound Of Metal, Ahmed plays a drummer who loses his hearing. It’s a role he took on for the challenge, he says, which is typical of Ahmed given his high-achieving track record. Beyond the usual demands that come with making a movie, Ahmed also had to learn to play the drums, and become fluent in American Sign Language (ASL) for Sound Of Metal .

“My sign name is ‘f*ck up,’” Ahmed tells me, laughing. Seeing my confused expression, he explains.

“Well, I was working with the deaf visual artist Christine Sun Kim and, basically, I kept forgetting the ASL sign for ‘ummm’, for when I was trying to think,” he says. “So, instead I would just keep going ‘Oh, f*ck, I’m f*cking up,’ and using the sign for ‘f*ck up.’” He shows me the sign, which involves his thumb, index, and middle finger. “So Christine turned to me and said, ‘Look, it’s Riz, R.I.Z. [he extends his thumb, index, and middle finger again], like f*ck up, so that’s your sign name.’”

Ahmed says this kind of interaction typified the warm, good-humoured welcome he received from the Deaf community. Plus, they passed on some valuable skills. “The Deaf community taught me the true meaning of communication in terms of using your whole body, listening with your whole body. We talk about that as actors, but actually we often hide behind words,” he says.

As a disabled person myself, I was interested in his approach as a non-disabled actor. Recent films, such as Music and Come As You Are, have been less successful, and subject to controversy in doing so. “I guess I don't think of the character as being deaf,” Ahmed tells me. “Ruben starts off as a hearing person and, over the course of the film, he becomes hard of hearing. In the end he makes a decision to become fully deaf by undertaking the cochlear implant procedure.”

“So, I think of him as existing in a no man's land between hearing culture and Deaf culture,” Ahmed continues, “which is why I was able to play him as a hearing actor, and why a deaf actor couldn't play the role, given where the character starts out.” It makes sense, and in the film Ruben’s journey is handled with an impressive degree of skill and respect.

We drill down on the wider perception of disability. “It's interesting because Reuben thinks of deafness as a disability, but I think what the film shows, and what I've learnt as a hearing person approaching this role, is that deafness is not a disability. It's a culture. It's a way of being. Actually for Ruben, what he learns is that deafness is an invitation to connect more to others, and connect more to himself than he ever did as a hearing person.”

“I think there's such an unjust – and kind of idiotic – separate segregation between so-called ‘able-bodied’ communities and ‘disabled’ communities.”

I ask whether he has noticed, as I have, that in our community disability is not often spoken about. It’s almost taboo. “I think there's such an unjust – and kind of idiotic – separate segregation between so-called ‘able-bodied’ communities and ‘disabled’ communities. Even that terminology is so fraught, and those labels are so loaded,” he says.

“My message is to all communities, to be honest, because I really think it is a societal problem,” Ahmed continues. “We are missing out on so much talent, so many connections, so much friendship, such a richness of perspective by marginalising differently abled people in our society. These people are not hugely talented despite their so-called disability, but because of their lived experience. Their lived experience has given them a specificity of perspective, and of strength. We're missing out. It's our collective loss.”