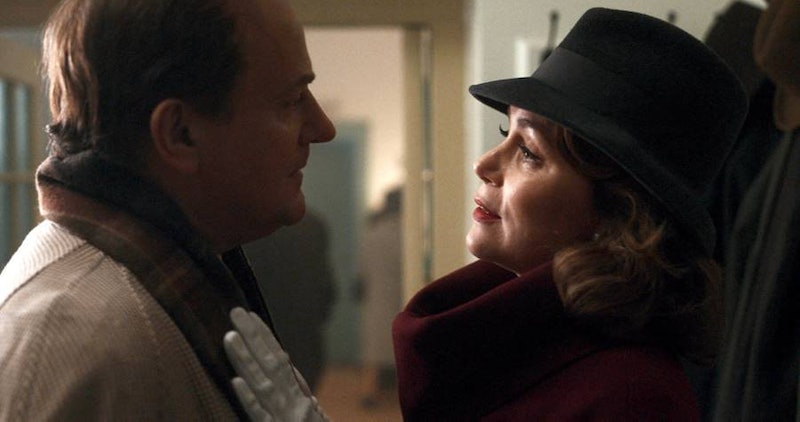 Hugh Bonneville and Keeley Hawes are set to star in a new film based on the book An Unquiet Life by Stephen Michael Shearer. To Olivia follows Roald Dahl and Patricia Neal as they raise their family in the English countryside. Starring Bonneville as Dahl and Hawes as Neal, To Olivia focuses on the tragic death of their seven-year-old daughter from measles in 1962.

"The story of Patricia Neal and Roald Dahl is extraordinary," Hawes said (via Variety), and I'm so excited to be part of it and so looking forward to working with the brilliant Hugh Bonneville and the hugely talented John Hay, who has provided such a beautiful script.

Set to be released in theatres and on Sky Cinema in February 2021, the cast also includes Sam Heughan (Outlander), Geoffrey Palmer (Paddington), and Conleth Hill (Game of Thrones).

"In To Olivia, audiences will discover the true story of the heartache and struggles the outwardly glamorous couple experienced prior to their immense success," Sarah Wright, Director of Sky Cinema and Acquisitions, said in a press statement.

The title takes its name from Dahl's dedications to Olivia in James and the Giant Peach, published before her death and The BFG, published after. "I know how happy she would be if only she could know that her death had helped to save a good deal of illness and death among other children," Dahl wrote in a heartbreaking letter published 24 years after his daughter's death, via the Independent.