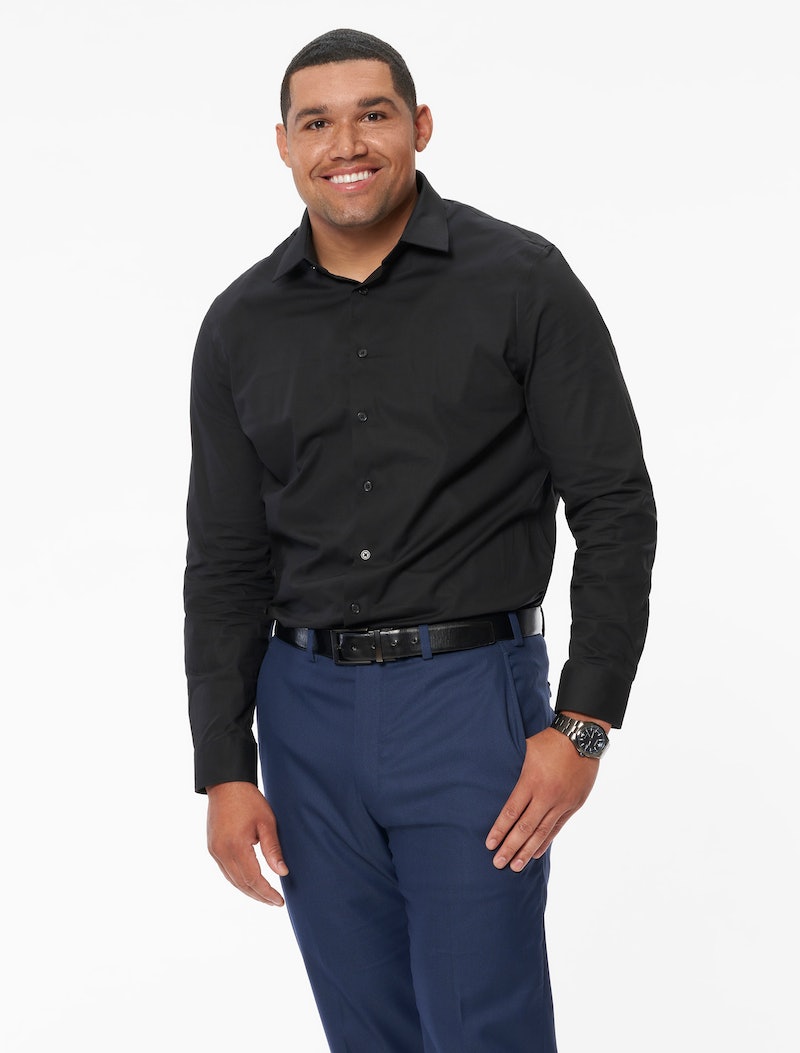 What would a Bachelorette season be without at least one football player? On Hannah Brown’s season, it was Tyler Cameron. On Katie Thurston’s, it was Andrew Spencer. And on Michelle’s, it’s Rodney Mathews, a former athlete who now works as a sales rep in Rancho Cucamonga, California. Here’s what else to know about the 29-year-old ahead of Michelle’s Bachelorette premiere.

Rodney attended Fresno State University, where he played defensive back for the Bulldogs football team. According to his university bio, it appears he stayed in-state to pursue football, having been raised a few hours south in Rancho Cucamonga. During his tenure on the team, Rodney was quite the player, earning multiple accolades including a spot on an all-conference team in 2012. Rodney’s football career was ultimately cut short due to a knee injury, but that hasn’t stopped him from supporting his alma mater on Instagram.

Rodney’s Bachelorette bio describes him as a glass-half-full kind of guy who “picked himself up and redirected his ambition” after his dreams of being in the NFL were shattered by his injury. A year after graduating from Fresno with a degree in mass communication and media studies, Rodney began working in sales. According to his LinkedIn page, he’s currently an outside sales representative at Cintas, which provides a range of products and services including uniforms, cleaning and restroom supplies, fire extinguishers, and safety courses.

Rodney Is Close With His Family

It’s clear that Rodney’s relationship with his mother, Carrie, is a special one. He posts about her frequently on Instagram and often refers to as his “Wonder Woman.” Throughout several birthday tributes, Rodney has credited his mom as being the reason he is the man he is today in addition to voicing how thankful he is to be her son. “You had to be moms and pops for a long time and I don't know how you raised 2 boys on your own but you did. I'll never stop striving to be like you. You're my hero I love you,” he captioned a 2016 post.

Rodney appears to be just as close with his brother, Royal, who he’s also shared a handful of birthday posts for. “Been wildin since day 1,” he captioned one picture of them together as kids, grinning for the camera.

Rodney Is Ready To Find A Wife

Though it wasn’t what he envisioned for himself, Rodney’s Bachelorette bio says that he really enjoys his job. The only thing that would make it better is having someone he loves waiting for him at home every night. He’s looking for a partner who’s “honest, active and ideally a former student athlete like himself,” which is a box Michelle — a former college basketball player — definitely checks. He also wants someone who he connects with on a deep mental level and who he can laugh with. “Rodney knows exactly what he wants and he is looking for someone who has that clear vision too – he's done wasting time and is ready to be wifed-up!” his bio proclaims. He’s definitely on the right show for that.