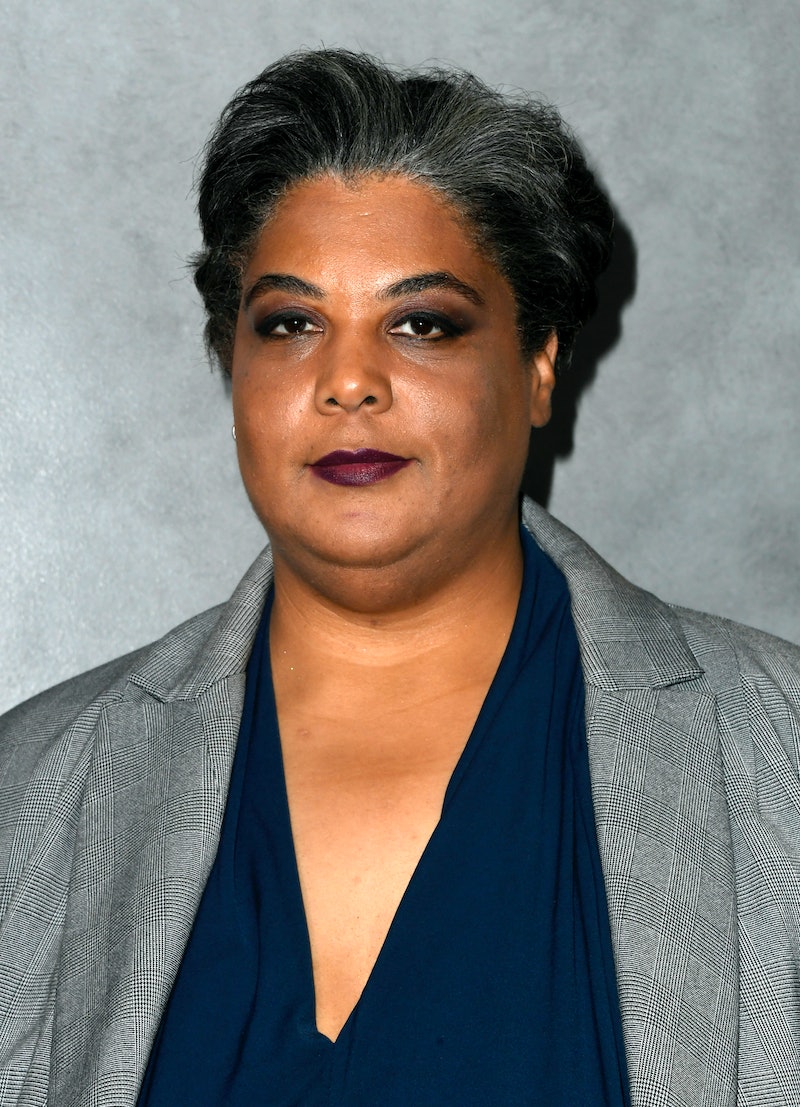 Last summer, Roxane Gay stunned Twitter when she revealed that her bestselling book, Bad Feminist, received an advance of just $15,000. In the same tweet, she also noted that "white writers... with fewer credits" got advances that were several times as much money for writing similar books. Gay's revelation was part of an ongoing conversation regarding racial disparity in publishing, which helped to illuminate the major differences in how writers of color have been paid compared to their white counterparts.

Gay wasn't the only author to speak out. The hashtag #PublishingPaidMe went viral as authors of color shared stories of shockingly low advances. White writers also joined in, revealing how lucrative their own book deals were as a means to highlight the institutional prejudice of the publishing industry — an industry in which white people make up 89% of traditionally published authors and 85% of publishers and editors, according to The New York Times.

Now, Gay is set to share what she knows about publishing with the world to help eradicate those differences for good. And to do so, the celebrated author of Difficult Women and Hunger: A Memoir of (My) Body is teaching a MasterClass on writing for social change. In addition to covering the fundamentals of good writing, Gay's class also touches on the business aspects of being a writer. "That’s so rarely talked about," Gay tells Bustle. "I think we do up-and-coming writers a disservice when we don’t talk about that." Below, Gay meditates on how writing can effect change and what emerging writers should know about modern-day publishing practices.

You participated in the #PublishingPaidMe hashtag when it went viral this summer. Were you ever afraid of the backlash you might get for speaking out about the racial disparity in publishing advances?

No, not at all. Publishing knows what they paid me, and they should be ashamed. I am fortunate enough to be at a place in my career where I can talk about these things, and so I do. There are a lot of reasons for low advances, and in the end, especially with regard to Bad Feminist, it ended up working in my favor. I’m clear about that.

When you look at similar white writers, who got advances that were 10 or 20 times what I got, with fewer credits, I do get very angry. That’s why I feel comfortable talking about it. If you are ashamed of what you paid me, maybe never do that to another Black writer again.

Now that there's been a push to look at racial disparities in publishing advances, do you think we've also spent enough time looking at this as an intersectional issue? For example, when there’s an even greater disparity for queer writers of color or writers of color with disabilities?

I think the disparities are probably similar, but across all margins of difference. I suspect that queer writers of color make less than heterosexual writers of color, and I’m quite certain that writers with disabilities are making much less than able-bodied writers. Everyone deserves a robust advance within what the market will bear.

Given this, do you have advice for writers who are going into their first book deals?

Courtney Maum is a really great writer, and she recently published a book called Before and After the Book Deal. It's a nuts-and-bolts guide to what any writer should know, and anyone who sells a book should read it, because it’s incredibly useful in terms of demystifying the things we don’t talk about because they’re not sexy or glamorous.

Writers have to be dreamers, but we also have to be realistic. If you are writing a debut, literary fiction short-story collection, you may get a $15,000 or $20,000 advance, and it’s to your benefit, sometimes, so long as you’re not being discriminated against. If it’s not a pay discrepancy based on your identity, you’re going to earn that advance out and start to make money, and you’re going to have a better chance of selling your next book. Of course, if you have bad sales of your first book, yes, you can publish again and you probably will. Will you get the advance that you want the second time around? Maybe not. When you start out low, there’s nowhere to go but up. I still earn royalties on Bad Feminist, and will probably do so for the rest of my life. The check goes down each year, but it’s a nice little perk.

Your MasterClass focuses on how the written word can effect change. How do you believe that writers can provoke real change?

Change starts in small ways, by changing people’s minds or expanding people’s points of view. When you write well about political issues and you respect alternate points of view, you give people space to reconsider their own ideas.

We hear a lot of storied rhetoric about how writing is going to save the world. I don’t know if that’s going to happen, but I do believe that writing can create measurable change. I’ve definitely seen it. One of the things I wanted to do in this class is to give writers a set of tools — not the set of tools, but a set of tools — for writing about change in ways that I think are effective.

How do we get people to actually pay attention to the written word?

We live in a culture that doesn’t prioritize books. There are some really grim statistics about the number of books the average American reads. I hope that people continue to open up their minds and recognize just how many wonderful writers there are in the world. There is so much good writing happening, and only a fraction of it is getting the attention it deserves.