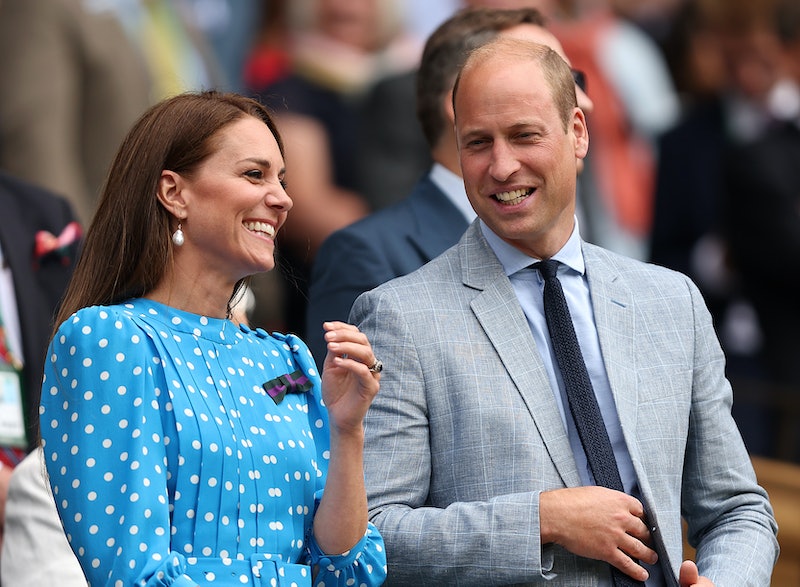 On Thursday, Sept. 8, Buckingham Palace announced that Her Majesty The Queen, Elizabeth II, had died aged 96. Upon her passing, the Queen’s first-born child, King Charles III, became the new monarch, marking a new era in British royal history. King Charles’s ascension to the throne brought on some significant changes to currency, the national anthem, and royal titles. In the modern era, the changing of official titles also translates to the updating of the royal Instagram and Twitter handles. Find out everything to know about the royal family’s new social media accounts, below.

As mentioned, these royal title changes were reflected on social media. Soon after the Queen’s passing, the official @dukeandduchessofcambridge Instagram and @KensingtonRoyal Twitter accounts were updated with new usernames and handles to display Prince William and Middleton’s current royal titles.

Get The Very Best Of Bustle/UK

Changes to the royal social media accounts weren’t the only online updates to have been made in the immediate aftermath of the Queen’s death. The official royal family website was also swiftly refreshed to list the new titles of King Charles II, Queen Consort, and the Prince and Princess of Wales.

More like this
Proud Wife Zara Leads Royal Reactions To Mike Tindall’s 'I’m A Celeb' Stint
By Sophie McEvoy and Darshita Goyal
Kate Middleton Shares The Key To Building A "Happier Society" In A New Op-Ed
By Stephanie Topacio Long
Mollie King & Stuart Broad Just Shared The First Pic Of Their Baby
By Sophie McEvoy
The David Beckham Qatar Controversy, Explained
By Sophie McEvoy
Get The Very Best Of Bustle/UK