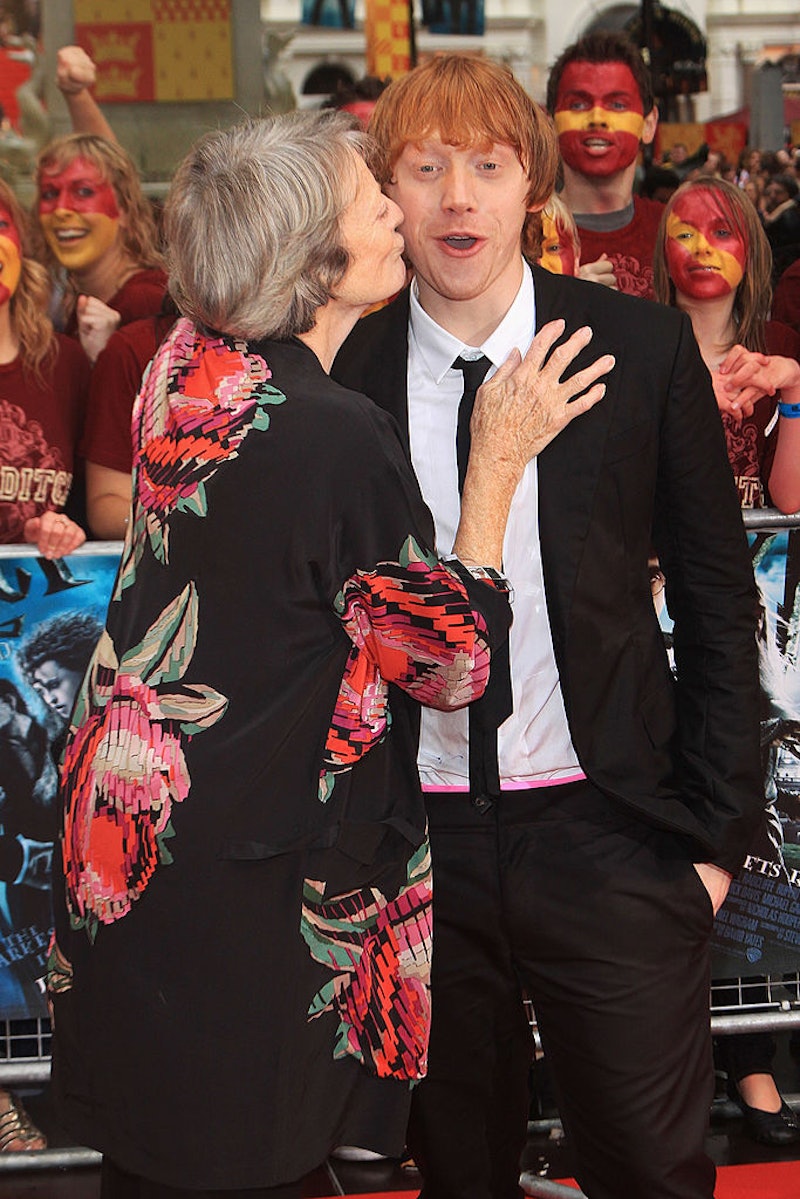 It was back in April that Rupert Grint and Georgia Nicolson revealed they were expecting their first child. Not a month later, Harry Potter co-star Daniel Radcliffe shared the news that they had welcomed a baby girl. Since then, we've had radio silence. Until now: Rupert Grint joined Instagram and revealed his daughter's name, which features a nod to an iconic film character.

"Hey Instagram….only 10 years late," he wrote, "but here I am. Grint on the Gram! Here to introduce you all to Wednesday G. Grint. Stay safe, Rupert."

The picture accompanying his intro is just as adorable. Grint is sat on a yellow chair, holding his daughter, who is dressed in a cuddly, pink outfit, nuzzling into her dad's chest.

Wednesday, of course, is most famously remembered as the Addams family character. A Halloween fave for us all. According to NameBerry.com, it is also English origin meaning 'Woden's day' – whatever that means.

Grint's Instagram debut made quite the splash. He already has over two million followers, including the likes of Ariana Grande. He’s following 80 people so far, including his girlfriend Georgia, Potter pals Emma Watson and Tom Felton, environmental activists David Attenborough and Greta Thunberg, and RuPaul Charles.

Potter fans won't miss his profile pic: a young Grint being kissed on the cheek by none other than Professor Minerva McGonagall star Maggie Smith. Talk about adorable.

Though they've been dating for years, Grint and Groome have kept their relationship rather private. Let's hope this is the start of a wonderful new social media habit for young family because, frankly, we can't wait to see more.