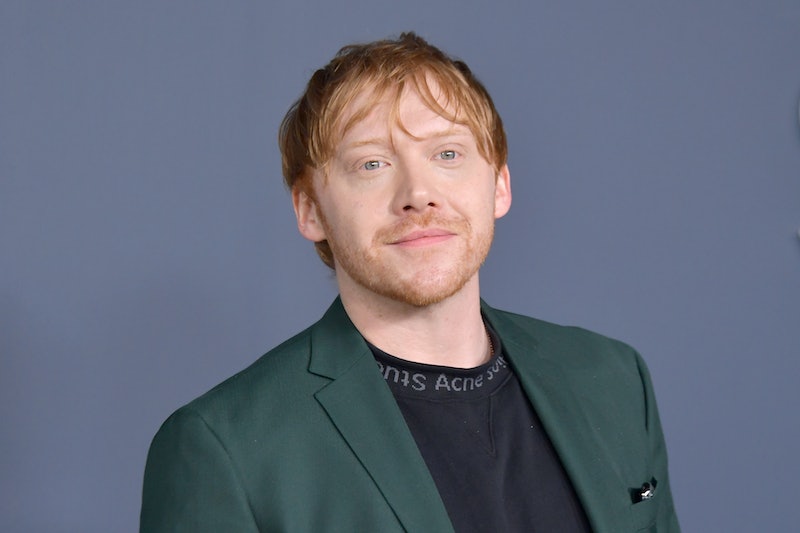 There’s nothing Harry Potter fans would love more than seeing Harry Potter, Ron Weasley, and Hermione Granger on screen again. And while fans shouldn’t expect it to happen, it’s not out of the cards entirely for one of the cast members. Rupert Grint would only play Ron Weasley in Harry Potter again on one condition, and it’s something that all fans are likely to agree with.

In a new interview with Esquire, Grint said he “can’t really imagine” returning to the world of Harry Potter. However, he would still do it if his ride-or-dies in the film, Daniel Radcliffe and Emma Watson, reprised their roles to round out the main trio — plus as much of the original cast as possible. “I think going back now would be... I mean, never say never,” he said. “It would only be if everyone else wants to do the same. But yeah, no… I think just leave it.”

While Grint explained that he doesn’t get to see Radcliffe and Watson as much as he’d like to, they still have an undeniable bond that can’t be replicated with anyone else. “It was a very unique experience that we all went through,” he recalled. “And no one really understands it and can relate to it but us. Almost kind of like astronauts. Kind of a weird experiment, I think.”

Currently, Grint, Radcliffe, and Watson have no plans of reuniting on screen as Harry, Ron, and Hermoine. However, should they decide to, they actually may have multiple opportunities. HBO Max is reportedly creating a new Harry Potter series, and while it hasn’t officially been confirmed, Warner Bros. is rumored to be developing a film adaptation of Harry Potter and the Cursed Child, the theater show that premiered on London’s West End to great fanfare in 2016 before opening on Broadway in 2018.

However, if Grint’s reaction to the new Potter-verse projects is anything to go by, don’t expect him to even make a cameo appearance. In February, Grint told Variety that he had mixed feelings about the rumored series, and he even felt weird seeing the stage show. “It'll be weird if it was a continuation kind of thing,” he admitted. “I weirdly feel quite protective of that character. Even when I saw the stage shows, it was a very strange experience… If it's like a different group of friends, I guess it would be interesting.”

Perhaps Grint won’t feel as weird if he’s the one who plays adult Ron Weasley in a Cursed Child film, which the plot conveniently allows for. The Weasleys also need their own spinoff that tells their family story before the siblings became Hogwarts students or after they all left the school. Just imagine the hijinks.