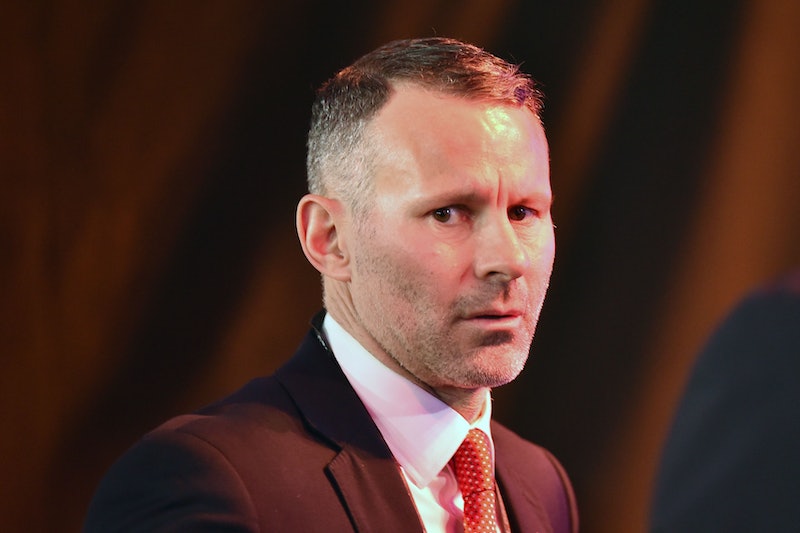 Following a call on Sunday evening (Nov. 1) "to reports of a disturbance," Ryan Giggs has been arrested on suspicion of assaulting his girlfriend Kate Greville, Manchester Police has said in a statement. "A woman in her 30s sustained minor injuries but did not require any treatment," the statement read (via Sky News).

The manager of Wales' national football team was taken into custody under "suspicion of section 47 assault and section 39 common assault," Manchester Police added. The footballer has since been released on bail "pending enquiries," and was seen leaving Pendleton Police Station in Salford on Monday (Nov. 2).

"Mr Giggs denies all allegations of assault made against him," a representative for the former Manchester United player said in a statement. "He is cooperating with the police and will continue to assist them with their ongoing investigations."

Giggs was scheduled to announce the squad for the Wales team today (Nov. 2), ahead of their friendly against the U.S. on Nov. 12 and their National League fixtures with the Republic of Ireland and Finland. The news conference has now been postponed, and the Football Association of Wales (FAW) issued a statement on Monday night that they were aware of the arrest, but "will be making no further comment at this time."

More like this
Here’s Everything You Need To Know About Operation London Bridge
By Bustle UK
10 Photos Of William, Harry, & Their Cousins Honoring The Queen Together
By Stephanie Topacio Long
William & Kate Shared How Their Kids Are Doing As They Mourn The Queen
By Stephanie Topacio Long
King Charles Ensured These Subtle Tributes Were Included In Queen Elizabeth’s Funeral Wreath
By Sophie McEvoy
Get The Very Best Of Bustle/UK