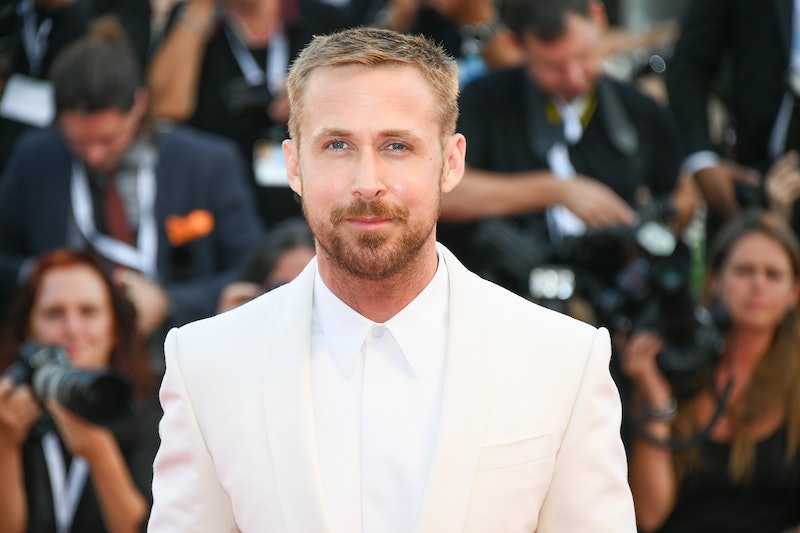 Let’s go party: Ryan Gosling may play Ken in Margot Robbie’s Barbie movie. Citing multiple sources, Deadline reported on Friday, Oct. 22 that the Oscar nominee is in final negotiations to take on the Mattel character opposite Robbie, who’s also producing the Greta Gerwig-directed film. Gosling had initially passed on the part due to scheduling conflicts, per the outlet’s insiders, but Warner Bros. Studios execs reportedly continued to insist he was their only choice. Then, after unforeseen pre-production delays, an opening in the actor’s schedule eventually allowed him to sign on — though not necessarily to fans’ universal delight.

While plot details remain unknown, Robbie recently told British Vogue that moviegoers might be surprised. “People generally hear ‘Barbie’ and think, ‘I know what that movie is going to be,’ and then they hear that Greta Gerwig is writing and directing it, and they’re like, ‘Oh, well, maybe I don’t...’” she teased, adding there are “a lot of exciting ways to attack” both the baggage and “nostalgic connections” that come with the iconic, albeit controversial, doll. Gerwig, for her part, recently helmed such films as Lady Bird and Little Women.

In a December interview with The Hollywood Reporter, Robbie also hinted that the Barbie movie will be “a little left of center,” and will hopefully “provoke thoughtful conversation” among viewers. “Something like Barbie where the IP, the name itself, people immediately have an idea of, ‘Oh, Margot is playing Barbie, I know what that is,’ but our goal is to be like, ‘Whatever you’re thinking, we’re going to give you something totally different — the thing you didn’t know you wanted.’”

What fans don’t seem to be quite so sure they want, however, is Gosling in the role of Ken. Although the casting choice has garnered plenty of online support, the overall reaction has been mixed, with many early tweets expressing general disapproval. “Hot take: Ryan gosling isn’t right for the role of ken in the Barbie movie. I’m sry,” one person tweeted.

Many of the detractors had other casting choices in mind. The list of actors they’d rather see play the part has included such stars as Zac Efron, Justin Hartley, Matt Bomer, James Marsden, and Henry Cavill, among others.

Meanwhile, several others disagreed, insisting that Gosling is a spot-on casting choice. “I’ve been saying for years he’s a doll,” one fan tweeted.

Since no official announcement of Gosling’s casting has even been made yet, there’s still plenty of time for fans to wrap their heads around the idea.